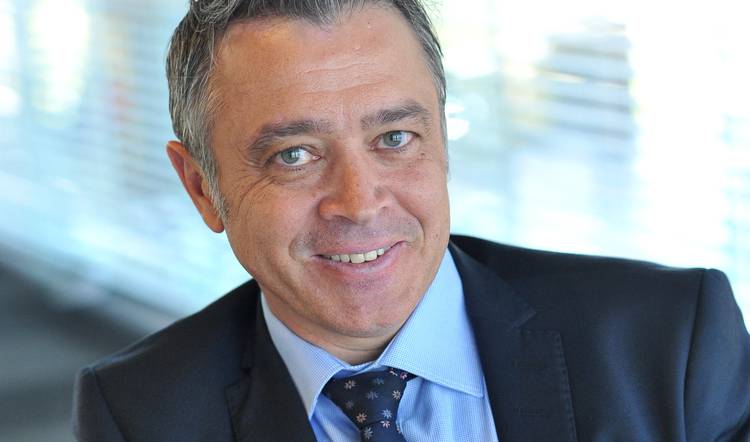 As Africa’s relationship with China matures and deepens, the use of the Renminbi as a medium of exchange holds the potential to increase the efficiency and reduce the risk and cost of both intra-African as well as Africa-China and broader Asian trade.

As Africa’s relationship with China matures and deepens, the use of the Renminbi as a medium of exchange holds the potential to increase the efficiency and reduce the risk and cost of both intra-African as well as Africa-China and broader Asian trade.

Despite Renminbi adoption in Africa presenting some very obvious advantages, Africa’s current use of China’s currency as a medium of exchange remains underweight.

This is partly because, China itself has been conservative in its approach to the internationalisation of the Renminbi, preferring to allow use of the currency to evolve naturally - as and when people and businesses find it rational to deploy as a medium of exchange.

Standard Bank on the other hand, supported by its 20% shareholding by the Industrial and Commercial Bank of China (ICBC), has invested heavily in building the profile and recognition of the Renminbi as a medium of exchange between Africa and China and between Africa and broader Asia – and even between African countries themselves.

Africa is wide open for business in terms of settling imported goods from China in Renminbi. Standard Bank has the liquidity, the broad African presence, correspondent relationships at the highest level of the Chinese banking system, the know-how, platforms and formats for, Renminbi to reach any destination at either end of the Africa-China trading ecosystem,

Standard Bank’s developed ability to support broader Renminbi use in Africa is supported by in-house Chinese speaking teams and a growing network of Africa-China Business Centres across the continent. This is complemented by the banks’ hosting and supporting China’s Union Pay electronic payments portal in Africa – and between Africa and China.

This investment and developed capability in enabling the use of the Renminbi in Africa has met with some success.

At the national level, many African countries that experience regular USD constraints have arranged Renminbi swap links, allowing them to use Renminbi to pay for imports from China. Renminbi swap links allow the Central Bank of Nigeria, for example, to swap Naira for Renminbi at a set rate. This enables Nigeria to pay for Chinese imports in Renminbi whenever needed, effectively removing exchange rate risk for certain key imports. Though overall percentages are still small, Renminbi swap links are seeing more African central banks holding larger amounts of Renminbi in reserve.

At the individual business level, however, uptake has been slower – at both ends of the Africa-China trade corridor.

Chinese manufacturers are largely importers of both raw materials in industrial patents. Both of these are denominated in USD. Since such a large percentage of Chinese imports and industrial production costs are USD driven, Chinese manufacturers prefer to invoice in USD to offset their USD import costs. The recent sustained depreciation of the Renminbi against the USD has, also made Renminbi receivables less attractive than USD receivables for Chinese importers. More generally, however, the main hurdle to broader Renminbi adoption in Africa is, an absence of broad awareness – in either Africa or China – that Renminbi is in fact so easily attainable outside China, and could be so easily be used to support trade, transactions and payments across Africa.

Standard Bank is working to build this awareness. We encourage client’s to always get quotes in both USD and Renminbi. It’s not, however, an either or. We’re not advocating one over the other. Instead, African and Chinese clients dealing with each other need to determine which currency will produce the best outcome at which time - on a transaction by transaction basis.

Looking ahead, Standard Bank sees the biggest opportunity for Renminbi adoption in the enormous number – and value – of Chinese infrastructure projects in Africa. While, to date, none of these large projects have been delivered in Renminbi they present, a huge opportunity to build a broader Renminbi-reliant ecosystem of suppliers and services that deliver and settle domestically in Africa in Renminbi. Given the spread and scale of Chinese infrastructure projects across the continent this would very quickly put Renminbi in the hands of ordinary Africans, in a context in which Africans can use Renminbi for local transactions, as they use the USD and other hard currencies today. Or as the use of Renminbi in Hong Kong, Macau, Indonesia and other parts of South East Asia has supported trade and development in these smaller economies.

For now, triangulating trades between the USD, the Renminbi and different African currencies adds risk and costs to imports and exports, especially when these are conducted across multiple African jurisdictions. An alternative is to consider pricing and settling in Renminbi.

Standard Bank is currently working with a large African retailer that has reduced its costs of landed goods from China by 8% by invoicing in Renminbi.

So, while uptake of the Renminbi in Africa-China trade as well as the use of the currency as reserve and alternate hard currency option in Africa has been slow, there is, increasingly, a strong rationale for governments, businesses and individuals in Africa – and for Chinese businesses dealing with Africa – to consider the use of Renminbi on a project or individual transaction basis.