Africa Global Funds’ proprietary database provides searchable deals information for active private equity and venture capital funds targeting Africa. The section provides information on all deals that have been reported by PE/VC firms in Africa from January 2016 to date.

Africa Global Funds’ proprietary database provides searchable exits information for active private equity and venture capital funds targeting Africa. The section provides information on all exits that have been reported by PE/VC firms in Africa from January 2016 to date.

Every month we select a fund manager, active in the African continent, to share his thoughts on the performance of African listed markets (equities or bonds). If you want to be featured in this section, get in touch via editor “at” africaglobalfunds.com 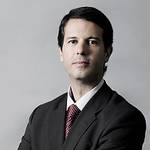 Angola raised $1.75bn in overseas markets this month following three other Eurobond issues in 2015, 2018 and 2019. The government said that $750m of the proceeds from this debt sale will be used to buyback existing Eurobonds due in 2025 and 2028 and the remainder to finance its budget.

The country was the second African nation to tap the international debt market since the start of the war in Ukraine, with Nigeria raising $1.25bn in March through the issuance of a 7-year Eurobond at 8.375%. Angola’s 10-year debt operation was priced at 8.75%, which is reportedly less than initial guidance, and was more than two-times oversubscribed. Also, the amount raised was lower than the projected figure of around $ 2.8bn announced earlier this year by the government in its annual debt issuance plan.

In our view, this means that Angola could go back to the Eurobond market this year, but only after the general elections scheduled to take place in August. This Eurobond issue follows the conclusion of Angola’s 3-year economic and financial assistance program with the IMF in December 2021. Total disbursements in the program amounted to about $ 4.5bn.

We believe the IMF program was largely successful in improving Angola’s economic and fiscal situation. After a 5-year recession (2016-2020), real GDP in the country advanced by a modest 0.7% in 2021 (from a contraction of -5.6% in 2020) and is expected to expand by 2.5-3.0% this year. Public debt levels also came down significantly to a level close to 80% of GDP in 2021 (vs. about 130% of GDP in the previous year). Higher oil prices also helped improve the country’s external accounts and stabilize the kwanza (about 70% of total public debt is denominated in foreign currency).

Angola’s latest achievements triggered the three main ratings agencies to upgrade their long-term credit ratings of the country in recent months. Moody’s was the first to upgrade by lifting its rating to “B3” from “Caa1” and maintain a “stable” outlook in September 2021. Already this year, Fitch upgraded Angola’s rating to “B-” from “CCC”, while S&P’s lifted its rating to “B-” from “CCC+”. Both agencies also kept a “stable” outlook on the country’s debt. The ratings agencies said their decision was driven by their assessment that Angola’s fiscal metrics as well as its liquidity and funding risks were likely to improve.

This view is supported by the recovery in oil prices and a stable exchange rate, which will allow the positive impact of the government’s fiscal consolidation efforts and structural improvement in debt and public finance management to be reflected in a lower public debt burden. The ratings agencies expect the debt-to-GDP ratio to continue to fall and approach 60% by 2025.

Overall, Angola is currently on a much better trajectory than it was prior to the start of IMF program. The impact of the Covid-19 pandemic has diminished thanks to the gradual lifting of containment measures and the contribution from higher oil prices. Growth in the non-oil sector has shown clear signs of recovery and is likely to contribute further to the country’s economic growth over the medium to long-term.
That said, the continued implementation of growth-enhancing structural reforms remains crucial as does fiscal consolidation to lower public debt levels. The latest upgrades from the ratings agencies reflect the country’s improved situation, while the strong demand in the latest Eurobond issue shows that Angola clearly remains on investors’ radar screens when looking at Sub-Saharan Africa.