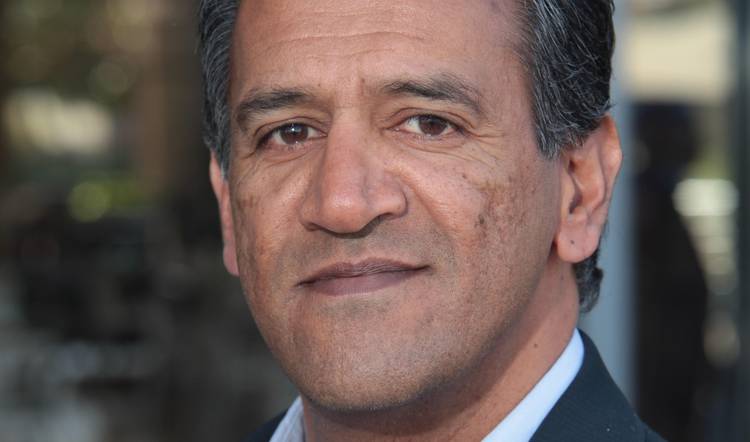 Every 75 to 100 years, an event occurs that will forever define how generations to come live.  This is our Black Swan event.  According to Ray Dalio (legendary hedge fund investor) we are entering a global depression, not unlike what the world experienced in 1929 (hopefully cushioned by the various monetary and fiscal initiatives by the various governments).  Many would say this is self-inflicted, i.e. this was not a systemic failure of capitalism but a choice of lives over livelihoods.  How we react will largely define how well we emerge from this.  Nothing will be the same again, hence we cannot go on with business as usual.

Every 75 to 100 years, an event occurs that will forever define how generations to come live.  This is our Black Swan event.  According to Ray Dalio (legendary hedge fund investor) we are entering a global depression, not unlike what the world experienced in 1929 (hopefully cushioned by the various monetary and fiscal initiatives by the various governments).  Many would say this is self-inflicted, i.e. this was not a systemic failure of capitalism but a choice of lives over livelihoods.  How we react will largely define how well we emerge from this.  Nothing will be the same again, hence we cannot go on with business as usual.

South Africa is entering a particularly difficult period.  The news of the recent down-grade has been largely overshadowed by Covid-19.  Generally, it takes between 5-7 years to get back to investment grade status in the best-case scenario, and at worst between 10-13 years.  Austerity will be called for, as the country tries to recover from the economic remnants of state capture and Covid.  We will move into an era where, of the people that are capable and willing to work, we have more people unemployed than employed.  Contraction of the GDP by 10-15%, increasing poverty and state dependence, which will lead to increasing levels of crime and a much more autocratic state as the will of the people is suppress to regain control.

The worst-case scenario for Covid-19 is that we will need to managed with the potential infection of the disease for many years to come (much like HIV-Aids) until a vaccine is developed, manufactured and distributed to most of the 7 billion inhabitants. It is likely that the rich countries will get access sooner than countries in our geography.  We shouldn’t be talking of post-Covid, but rather post-lockdown where we thrive in a world of Covid.

South Africa has hundreds of business incubators and accelerators. In an ideal world, these should be creating new companies which create jobs.  Unemployment is at an all-time high, so this has not worked. Again, we see corporate South Africa gaming the system by allocating billions of Rands to Enterprise

Development (approx. 3% of net profit after tax) to get BBBEE points, with little no or concern for the outcomes. Can corporate SA do this better? (that’s a topic for another time).  Local incubators and accelerators (not all there are a few which create entrepreneurs) have become nothing more than training factories where a key measure is “bums on seats” (an input measure) rather than number of jobs created (an output measure).  Young participants have also been gaming the system, moving from one incubator to another.  I’ve come across some young men that have spent 18 months with three of the incubators with our large banks.  They get free Wi-Fi, coffee, office space and some general skills.  Have they created jobs…NO.

Can anyone become an entrepreneur?

If you ask this of Professors, teachers or self-help gurus, the answer is a 7-step process or a certified diploma, then you good to go.  I have taken a contrarian view to this and believe that a very small proportion of us are destined to be entrepreneurs.  Having a good idea or a glossy business plan with complex looking graphs and tables does not make you an entrepreur.  Your ability to execute that plan does get you on the road to entrepreneurship.  The key is the steely inner resolve to believe in yourself when no one else does, phycologist will call this “a high internal locus of control”.   There are a number of tests on the internet, take it honestly and if you score highly you will have a chance of success.  You also need to deal with accountability, financial stress and uncertainty, trust, work life balance (no such thing in the life of entrepreneur) and loneliness (this is also a topic for another article).

Start-Up Nation, a book by Dan Senor and Saul Singer recounts how a tiny, controversial, politically isolated country like Israel manages to be one of the world’s creative hubs with more startups, venture capital and new technology than entire continents.  Some of the key takeaways for me was the culture, role of early responsibility young people got in the army during conscription, lack for formal hierarchy in the army (everyone has a nick name), strong networks and government support.  The culture aspect can be summed up with this joke - a journalist approaches a group at the fringes of the world economic forum and asks “Excuse me gentlemen, what is your onion on the shortage of meat supply?” to which the American asks “what’s a shortage?”, the Chinese asks “what’s an opinion?”, the Russian asks “what’s meat?” and the Israeli asks “what’s excuse me?”.

South Africa can create a start-up nation.  As a country, we need to acknowledge that jobs will come from SMME and new start-ups.  Over the past 30 years, startups have dominated the world from Microsoft and Apple to Google, You Tube, Facebook, Tesla, Space-X, Uber, Airbnb, and the list goes on.  These companies have created millions of new jobs all over the world.

Ingredients for a startup nation

We’ve seen that throwing good money after bad, is not the solution, so we need to be careful to get the right plays involved.

Deven Govender is CEO of a Private Equity Fund and a Venture Capital Fund viz LionPride Investments and Agility Fund respectively.  The funds are focused on Impact Investing improving the lives of fellow Africans at the bottom of the pyramid.