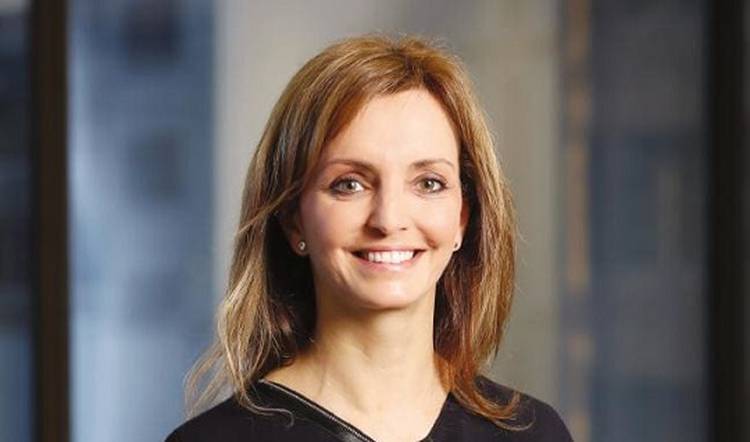 The Johannesburg Stock Exchange has proved itself remarkably resilient during the global COVID-19 crisis, according to Leila Fourie, Group CEO of the JSE, so much so that the JSE All Share Index is not just in positive territory, but on a like-for-like basis, it is producing better returns than it did at this time last year despite enduring some of the most volatile trading times in recent history.

The Johannesburg Stock Exchange has proved itself remarkably resilient during the global COVID-19 crisis, according to Leila Fourie, Group CEO of the JSE, so much so that the JSE All Share Index is not just in positive territory, but on a like-for-like basis, it is producing better returns than it did at this time last year despite enduring some of the most volatile trading times in recent history.

Speaking during PSG’s Think Big webinar series which explores burning issues currently facing South Africans, Fourie said that unlike the European bourses which were heavily invested in airlines, motor manufacturing and other industrials, the JSE’s financial market had taken a path more similar to that of the US.

“Like the US, the JSE has bounced back far quicker because of the dual listed companies and the performance of companies which are invested in high tech multinationals and resources which tend to follow a different trend to what we see in the real economy.”

The capital markets had actually protected and cushioned investors because of the rand hedges and the dual listings, she said, which was a defining feature of South Africa as compared with other emerging markets.

Looking to a post COVID -19 future, Fourie said the Small and Medium entrepreneur (SME) sector was a growth node that needed all the support it could attract.

“Asset managers largely invest in the highly liquid stocks on the Top 40, leaving the rest of the 300-odd main board and AltX in a relatively illiquid and thus more speculative space,” Fourie said. “It would be great to see more investment into the SME sector as this will increase liquidity and establish capital formation for this vital growth node of the economy.”

“Even though Regulation 28 mandates allow a 10% allocation to “alternative” or more speculative securities, this limit is not fully taken up by the industry. We need to stimulate the appetite among to invest in these less-liquid counters.”

Fourie said she was heartened by the fact that R88 billion had been invested into unit trusts in the last quarter, of which 50% was from retail investors.

“it is important to encourage more retail investors to participate in the stock exchange,” she said, “to stimulate the savings rate in the country.”

Investors are looking to offshore markets for better outcomes but are coming up against the constraints of Reg 28, which puts limits on offshore investments in retirement portfolios. Recently, the ANC announced that it would have proposals to change Reg 28 by mid-September.

Another way to expand the investment universe and potentially improve returns is to amend exchange controls, Fourie said.

“While there is a natural rand hedge in many of the Top 40 stocks as 70% of them derive their revenue ex-SA, we are nevertheless looking into potential proposals for relaxing exchange controls.”

For example, securities with a foreign underlying that are traded, cleared and settled in rand are currently classed as a foreign holding, which eats into fund managers’ foreign allowances. “We are struggling to see why such stocks aren’t classified as local.”

Fourie said that international investors often struggle to trade on the JSE as their collateral and settlement must be in Rands.  “There’s a genuine possibility that we could put forward a policy proposal to enable dollar denominated margins and settlements.”

One of the biggest benefits in removing exchange controls would be that South Africa would improve its chances of becoming an OECD country, which would open in-bound investment quite significantly.

“There are many nuances and small changes that could have a pretty large impact.”

Turning to the stimulus measures South Africa and other countries have implemented to manage the economic fallout of the Covid-19 crisis, Fourie said an unfortunate consequence of pumping cheap money into the global economy is that it widens the gap between emerging and developed world economies.

“For many countries in the developed world the cost of repaying this debt is less than 1%.  Emerging market debt servicing costs are much higher. Our average cost on ten-year debt ranges from 7 to 11%. This debt overhang will constrain potential investment and thereby growth. I think that ten years from now a dispassionate economic historian might highlight the gap created by fiscal stimulus programs.”

As to how the situation plays out on the exchange Fourie said that, as it did following the Great Financial Crisis of 2008, cheap money stimulates the private equity markets. “The JSE is responding to that trend by investigating the potential to introduce private market placements. In other words, an enabling infrastructure to facilitate capital formation in private markets for SMEs and potentially for infrastructure - both for South Africa and into Africa.”

In conclusion Etienne de Waal, CEO of PSG Wealth who hosted the webinar, said that the volatile investment environment underscored the need for objective financial advice, and that consulting a good financial adviser can add a layer of comfort and insight to investors’ decision making.