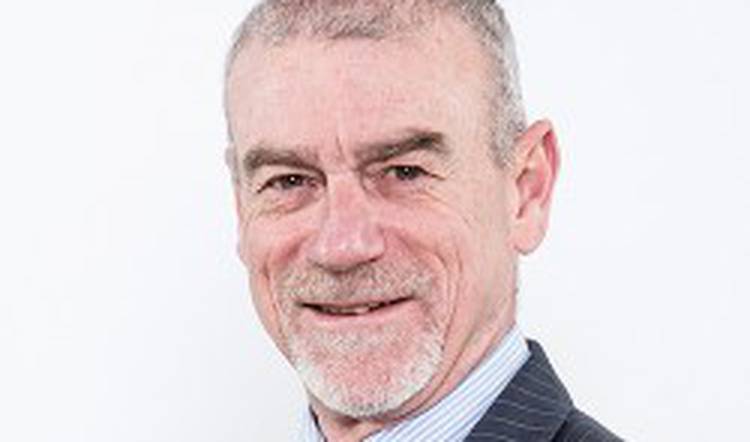 Africa for Africans with a little help from China

Last Tuesday, China pledged to invest $14.7bn in South Africa and grant loans to Eskom and SAA. While this investment brings the country closer to President Ramaphosa’s target to raise $100bn in foreign direct investment, some argue that China’s intentions are not what they seem. It is said that China is a mercenary lender, determined on weighing Africa down with debt to gain political influence access to the continent’s natural resources and precious metals.

Last Tuesday, China pledged to invest $14.7bn in South Africa and grant loans to Eskom and SAA. While this investment brings the country closer to President Ramaphosa’s target to raise $100bn in foreign direct investment, some argue that China’s intentions are not what they seem. It is said that China is a mercenary lender, determined on weighing Africa down with debt to gain political influence access to the continent’s natural resources and precious metals.

Of course, it is all about politics and the Chinese, or any other nation, will not appear on Africa’s stage unless it benefits them. But does that make Africans helpless bystanders with little influence over their destiny?

China has undoubtedly shown their hand in betting on Africa, investing in diversified assets across the continent. Chinese miners and mining investment houses, investment funds, banks and start-ups have established themselves in commodities, logistics, infrastructure, telecoms and more. Since 2015, China has invested in 293 foreign directive

They are not alone in their efforts. Europeans, Americans and now also India, are increasing their investment footprint in Africa. Some of the most promising investment opportunities on the continent, however, are available to Africans who recognise that their own content’s potential is within reach and full of promise.

One of the significant barriers to African trade for all parties comes down to poor infrastructure and lack of market information. To name one example, it takes double the time and ten times the money to move a shipping container from Mombasa in Kenya to Kigali in Rwanda (both in East Africa), then moving the same container from Shanghai in China to Mombasa. To become competitive, investments in infrastructure are crucial to unlocking growth on the continent.

In recognising poor infrastructure as a barrier to trade, Chinese companies and state-related entities have financed and built many infrastructure projects across the continent, including ports, roads, railways, dams, telecom networks. Their foresight leaves room for Africa’s investors to capitalise on the improved infrastructure through further investment and improvements.

Africa is open for business

Historically, Africa’s wealth in natural resources has been a key growth driver. Countries that stimulated growth through government infrastructure spending (from natural resource- generated income) have generally experienced structural reforms, the winding down of many conflicts and civil wars, and economic diversification across many sectors.

These reforms coupled with African leaders who are progressive and believe that unlocking commercial benefit holds the key to prosperity are actively pursuing economic reforms. This creates opportunities for agile and African-focused companies to reap the benefits of investing in their proverbial backyards. For the people of Africa, it has the potential to relieve poverty and improve living conditions.

Another driver of growth in Africa is its population, which is creating a pool of labour and as a result, consumers.

Elsewhere in the world, governments and economists are concerned about the harmful economic effects of their ageing populations that will shrink workforces, slow economic growth and lead to further declining population growth rates.

By contrast, Africa is home to over 1.2 billion people. It is projected that the population will double to 2.4 billion by 2050, growing at a much faster rate than other continents and expected to surpass those of China in 2025 and India in 2030. Additionally, more than 60% of the population is younger than 25 years, meaning Africa is potentially the manpower reservoir for the world economy.

While this population growth holds many advantages, employment in the region is not keeping up with the population growth. The lack of job growth has hindered poverty reduction, affecting mainly women and youth and increasing the risks of social discontent.

One of the ways in which Africans can address the risks associated with a young population and retain the competitive advantage is by improving rate of financial inclusion, which leads to higher employment rates, greater economic participation levels and a solution to the increasing concern about population and unemployment pressures.

For African investors to be part of the continent’s rise, greater focus must be placed on growing intra-African trade. This is traditionally low compared with intraregional trade in other parts of the world and accounts for only 15% of Africa’s total trade, compared to 51% in Asia and 59% in Europe. Trade in sub-Saharan Africa is expected to quadruple by 2030 and the opportunities for Africans to capitalise on the continent’s growth are vast, especially where the opportunities are aimed at reducing some of the continent’s obstacles to growth. We see opportunity specifically in sectors like:

● Fintech
In a region where just 17% of the population have banking accounts but 80% have mobile phones, the breeding ground for fintech innovations to bank the unbanked has never been more fertile.

The number one obstacle cited by small and micro businesses owners worldwide is lack of financing. Enabling the entrepreneurial spirit of the continent to flourish not only has positive socio-political outcomes but unlocks massive value for stakeholders. SME funders have significant potential to unlock returns.

●  Agri-processing
Food sustainability is a major focus for the continent with a growing and increasingly more connected and banked population. A solution that can deliver food efficiently and sustainably will flourish.

●  Infrastructure development
As mentioned earlier, the keys to unimagined prosperity and competitiveness on the continent lie in infrastructure - transport and logistics being key.

●  Education
A more connected and mobile population demands education, and smart entrepreneurs will be able to unlock true value by investing in the population.

●  Property
There is no doubt that funds with property portfolios that include retail, housing and warehousing - to piggy-back off the expected online retail boom - will offer decent returns over the longer term. As property rights and political certainty become the norm, this sector is expected to flourish.

●  Online retail
Just like their American counterparts, Africans will shift towards online retail which has a knock-on effect for other sectors such as warehousing and logistics.

While the Chinese may have a long-term agenda that is not Afro-centric, we can recognise that these economic ties have served both Africa and China well. For Africa, it has boosted economic development in several countries and the financing of infrastructure projects has helped address bottlenecks to infrastructure development that are crucial to growth.

For African investors, the continent presents excellent risk-reward returns. Especially for those with reliable information and trusted partners who will help guide businesses through business decisions.