Bpifrance and Proparco have announced the first closing of Averroès Africa, their fourth fund-of-funds (FoF) for Africa, at €55m with a target size of €100m.

Bpifrance and Proparco have announced the first closing of Averroès Africa, their fourth fund-of-funds (FoF) for Africa, at €55m with a target size of €100m. 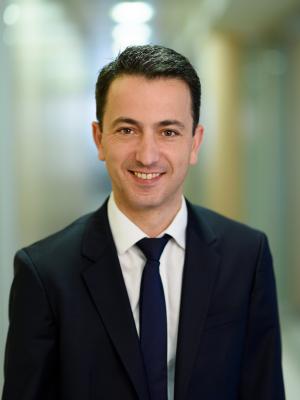 Gregory Clemente, CEO of Proparco, said: “The launch of the 4th Averroès fund-of-funds demonstrates the growing ambition of the partnership between Proparco and Bpifrance. This new vehicle aims to mobilize public and private capital and direct it towards some of the most dynamic and high-impact sectors in Africa.”

“AFD and Proparco’s experience, tools and network of partners in Africa make them key players in financing start-ups, microenterprises and SMEs on the continent. Indeed, we are convinced that the support to African businesses and entrepreneurs is key to the resilience and development of the continent. This is why we have further increased our support to them, with over €2bn already committed since 2018 under the French Choose Africa Initiative.”

Averroès Africa is open to subscriptions from French and foreign public and private third-party investors.

Averroès Africa will invest in African funds dedicated to start-ups and small and medium-sized enterprises in order to continue to support private sector development, employment and innovation on the continent.

The FoF will use the same investment thesis as Averroès Finance III, by targeting multi-sectoral private equity funds with a multi-country, regional or pan-African dimension and managed by experienced teams.

Averroès Africa will have an increased focus on venture capital funds and, for the first time, will be able to invest in sectoral funds for financial services, health and agribusiness, in line with developments on the African market.

With a target portfolio of 10 to 12 funds, the FoF will eventually provide exposure to over a hundred African companies, from start-ups to midcaps, in all the main sectors related to the emergence of the middle class in Africa, such as consumer goods, transport and logistics, industry, education and TMTs.

Beyond financial performance, the Averroès Africa team will actively focus on maximizing the environmental, social and governance impacts of its investments, in line with the commitments made by Bpifrance and Proparco.

As with the predecessor vehicles, the team will also seek to generate deal flows between African portfolio companies and French companies supported by Bpifrance that want to seize the opportunities offered by the African market.

“We are very pleased to be launching this fourth vehicle with Proparco, almost twenty years after we started our investment activities in Africa. Its extended investment thesis will allow us to further diversify our portfolio and seize a maximum of opportunities, especially in new high-potential technological segments,” said Nicolas Dufourcq, CEO of Bpifrance.

“This launch is being conducted at a time when Africa is facing new major challenges: the Covid-19 crisis, which requires providing greater support to small and medium-sized enterprises to maintain activities and employment, as well as climate change, for which Africa is on the front line. We hope that Averroès Africa will contribute to addressing these challenges.”

The Averroès mechanism was launched by Bpifrance and Proparco in 2003 to support the development of the private equity market, initially in North Africa, then across the continent with the launch of a first pan-African vehicle (Averroès Finance III) in 2015.

This pioneering fund of funds mechanism has channeled some €1.2bn in about 20 private equity funds and over 150 companies in 40 African countries.