Ashburton Investments is looking to raise between R1bn and R1.5bn of commitments from investors for its Rand denominated Ashburton Mezzanine Fund I, Africa Global Funds can reveal.

Ashburton Investments is looking to raise between R1bn and R1.5bn of commitments from investors for its Rand denominated Ashburton Mezzanine Fund I, Africa Global Funds can reveal. 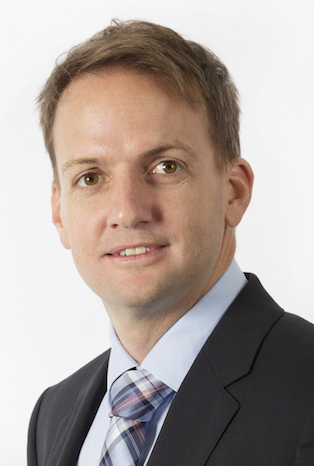 According to Ashley Benatar, Head: Mezzanine Finance at Ashburton Investments, the fund’s investment objective is to achieve current income and longer term capital gains from a portfolio of mezzanine investments in South Africa.

“The fund will make between 7 and 12 deals of between R75m and R225m in South Africa with an allocation of up to 20% for investments in Botswana, Namibia and Zambia,” he told Africa Global Funds.

The fund will leverage the wider FirstRand platform for origination and risk management, including FNB Corporate and RMB, as well as Ashburton’s established investments platform.

The fund manager targets a gross IRR of around 20% and 2x money,  through a combination of cash and PIK interest and equity-related upside.

Ashburton initially planned to first close in mid-December 2017, but had to put its plans on hold when one of its anchor investors was negatively effected by the Steinhoff scandal.

Benatar said that the firm is currently in talks with a number of South African pension funds: “We are aiming to do a first close in the next couple of months of between R250m and R500m.”

“Transactions will be structured in order to achieve contractual interest, enforceable downside protection, and equity related upside,” he said.

Given the mezzanine investment’s position in the capital structure, it targets equity-like returns with debt-like risk.

“Each fund investment will have a maturity date that improves the liquidity profile. Equity kickers are self-liquidating on maturity of the mezzanine loan at a predetermined valuation methodology. This reduces the reliance on an IPO or liquidity event in order to return capital to investors,” Benatar said.

Ashburton Mezzanine Fund I investments will benefit from downside protection based on superior ranking relative to private equity investments, and contractual and other rights that are associated with debt instruments, including financial covenants, step-in rights and security in the form of tangible assets, debtors and shares.

According to Benatar, the mezzanine market opportunity stems from strong demand for mezzanine debt, lack of competition, and the high cost of alternatives.

Access to finance is one of the most prevalent challenges faced by mid-market companies in South Africa.

“The demand for mezzanine capital is around R10bn per annum whereas there is only around R1bn available” Benatar said.

“The banks aren’t really playing in mezzanine space because of Basel III. Banks have reduced their appetite for mezzanine and have continued deleveraging due to higher regulatory capital requirements and funding costs,” he added.

In Southern Africa, of the total funds under management,
mezzanine fund managers make up around only 1,9% of the regions fund managers.

Benatar said that Ashburton Investments is operating in a low competitive environment with basically only two independent fund managers with capital to invest in their target market.