Adenia Partners, a private equity fund manager focused on control investments in Sub-Saharan Africa, has exited its investment in Socolait, a dairy producer and distributor in Madagascar.

Adenia Partners, a private equity fund manager focused on control investments in Sub-Saharan Africa, has exited its investment in Socolait, a dairy producer and distributor in Madagascar. 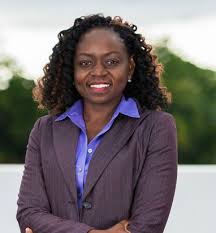 The stake was sold to a consortium formed of a European strategic player and a local FMCG group, according to Martha Osier, Principal at Adenia Partners in Kenya.

With the Socolait exit, Adenia Capital (II) has achieved an average gross IRR of 27%, which ranks in the top quartile of African private equity funds performance.

Both funds have exited the investment.

The company distributes its products throughout Madagascar via a network of wholesalers, large retailers and small shops.

Approximately 2,000 small-holder dairy farmers provide their milk daily to the company in the region around Antsirabe, where 70% of the milk production of the country is concentrated.

Socolait employs over 180 employees, most of who are based at the factory in Antsirabe, and rest at the head office in Antananarivo.

During the life of this investment, Adenia transformed the company’s business model from a simple sweetened condensed milk production plant, into the country leader in fresh dairy products, despite a highly competitive environment.

This transformation was realized through (i) the development of a fresh milk collection network of ~2,600 small-scale farmers, (ii) large investments to refurbish the factory and to upgrade the processes that are now ISO 22000 and HACCP certified, (iii) the rebalancing of the products range towards yoghurts, (iv) the setup of a robust distribution network in the country’s major cities, and (v) a strong marketing campaign that positioned the company as a flagship food brand in the country. On the back of this 5-fold strategy, Socolait experienced a 20% turnover CAGR in Euros over the past 4 years.

Osier told Africa Gloval Funds that “Fund II is now fully exited with formal announcement to come in next few weeks, while Fund III still has majority of investments”.

Adenia is planning “at least two more exits before end of this yea,” Osier said.