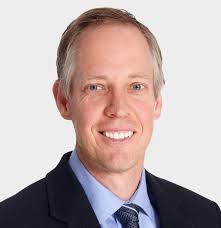 This appointment concludes an extensive process initiated by the Board to appoint a permanent CEO for the Group.

A seasoned executive with nearly 30 years’ experience built across the Old Mutual Group, Williamson has long played a strategic role in shaping the business into the premium Pan-African financial services giant that it is today, championing mutually positive futures for its more than 13-million customers.

An Actuary by profession, Iain joined Old Mutual in 1993 and following various roles across employee benefits and personal finance, he relocated to London to a Corporate Development role at the then Old Mutual plc.

In 2003, he returned to South Africa, serving in a number of roles across distribution, technology and finance before being promoted to CFO: Retail Affluent and subsequently Managing Director of the Retail Affluent segment.

He was appointed as Old Mutual Emerging Markets’ Finance Director in 2015, and then as Chief Operating Officer in 2017.

Trevor Manuel, Old Mutual Chairperson, said: “We are delighted at Iain’s appointment. Over the last year, Iain has worked to steer Old Mutual through some significant leadership and operational challenges, demonstrating resilience and an acute sense of business acumen aligned to the Group’s values, purpose, and strategy. On behalf of the Board, we wish to thank him for his contribution during this time. We are confident that he will continue to galvanise the organisation around the delivery of its strategy and purpose and we look forward to working with him in this regard.”