Ndeti steps down from EAVCA

East Africa Private Equity & Venture Capital Association (EAVCA) has announced that its Executive Director, Esther Ndeti will be stepping down from her role at the end of August 2021. 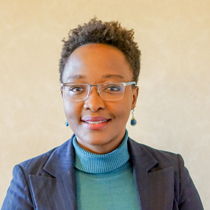 East Africa Private Equity & Venture Capital Association (EAVCA) has announced that its Executive Director, Esther Ndeti will be stepping down from her role at the end of August 2021.

Ndeti's departure is after four years in the role, which she served alongside Eva Warigia, who will now serve as its Chief Executive Officer.

This ensures business continuity in member relations and minimum disruption across our operational functions of advocacy, research, events, and trainings.

She was instrumental in the scaling of EAVCA as a thought leadership platform building the profile of our events and trainings.

Ndeti was also instrumental in leading EAVCA’s expansion in the region, where under her guidance EAVCA in 2021 opened its first regional office in Uganda.

Over the past four years, the EAVCA has grown in membership to over 100 members, providing a significant voice for the investment industry in policy, business, enterprise, and academia.

During her tenure the Association not only increased its membership but also grew its regional footprint and achieved significant milestones including training over 200 investment professionals, publication of research in conjunction with partners and stakeholder engagement with a focus on the local institutional investment ecosystem.

David Owino, Chairman, EAVCA, said: “The Board sincerely thanks Esther for her contribution in growing the network and voice of PE and VC industry in East Africa and wish her the best in her endeavors.”

“The Board is confident that EAVCA will continue to serve its members and fulfill its mandate of growing the place of private capital in East Africa with Eva and the rest of the executive team.”