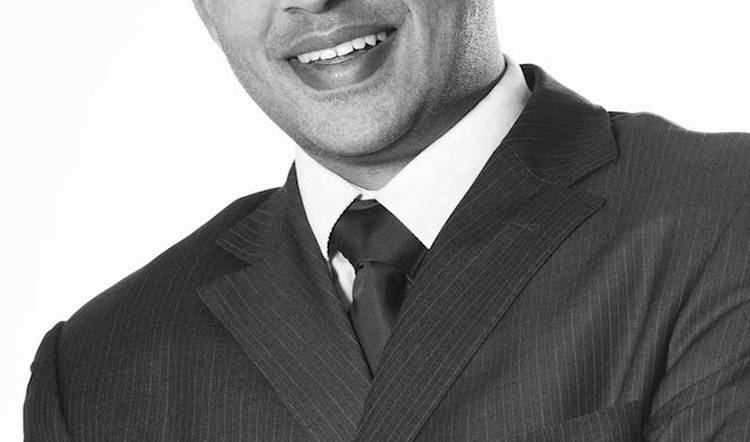 Zimbabwe’s Rough in the Diamond

Less than a decade after the first, Zimbabwe has experienced its second economic contraction, with the effects of round two being conspicuously similar to those demonstrated in the first round. Supermarket shelves have once again started to empty, some public and even private sector salaries remain unpaid, banking hall queues are getting longer and hospitals are short of basic supplies. Whilst the humanitarian state of affairs is critical we find the socio-economic structures persistently durable, where businesses continue to open their doors and survive, albeit under enormous difficulties. Thankfully many of these surviving businesses (those which remained following the first contraction) have retained their skills and chiselled business physique to survive an economic depression and continue to make profits in a difficult environment.

Less than a decade after the first, Zimbabwe has experienced its second economic contraction, with the effects of round two being conspicuously similar to those demonstrated in the first round. Supermarket shelves have once again started to empty, some public and even private sector salaries remain unpaid, banking hall queues are getting longer and hospitals are short of basic supplies. Whilst the humanitarian state of affairs is critical we find the socio-economic structures persistently durable, where businesses continue to open their doors and survive, albeit under enormous difficulties. Thankfully many of these surviving businesses (those which remained following the first contraction) have retained their skills and chiselled business physique to survive an economic depression and continue to make profits in a difficult environment.

In fact, when analysing the results of some large businesses in Zimbabwe and comparing them to similar businesses in Nigeria (whose economy is also reeling from a substantial deterioration in aggregate demand), one can really grasp the concept of putting investments into perspective. As such any appealing arguments of investing in Africa’s largest economy can be quickly displaced, if we were to unpack this down to profitability or more importantly tangible returns of investment capital...after all that is what investing is all about. For instance, in Nigeria we have started to witness losses in businesses that are considered to be amongst the largest and most resilient on the continent. Whilst in Zimbabwe, where profitability may be trending negatively, balance sheets and costs structures are sufficiently nimble to maintain attractive returns on capital in US dollars.

“In US Dollars?” they say

Therein lies the rub for Zimbabwe, whose economy is on the verge of printing a new medium of exchange, one that is meant to retain equivalence to the US dollar. This new currency has been referred to as a Bond Note and is the Government’s answer to replacing a depleted US dollar reserve and the monetisation of what seem to be virtual bank deposits. Virtual, because these bank deposits exist in electronic form but are almost impossible to withdraw without waiting in a daily queue to collect a maximum of 100 US dollars per day.  The Bond Notes will be printed as part of an export incentive and limited to $200m “Bond Note Dollars”, which is estimated to be 4% of total deposits in the banking sector.

The mechanics of such a currency may seem viable from the outset, however, assuming the supply of Bond Notes is un-checked, the effects that seem to have little down side right now, are potentially catastrophic in the long run. Whilst it is known that Zimbabwe’s government has few options to call upon as a quick fix, an injection of confidence through the announcement of realistic and meaningful policy is relatively inexpensive – in monetary terms at least. Economic growth projections have been reduced once again, to 1.1%, which still seems bullish in comparison to the shrunken state of US dollar liquidity, tax collections and economic activity. To date, what remains unknown is how the issuance of these notes will be viewed by the International Monetary Fund (IMF) and the broader multilateral funders and international community. It would be reasonable to assume the IMF and international community would be supportive of an initiative that is looking to promote exports and in-turn further enable the country to capitalise local manufacturing but it remains to be seen just how the issuance of bond notes is being viewed within the matrix of the IMF Staff Monitoring Programme.

The performance of Zimbabwe’s Stock Exchange in recent months provides an interesting quandary from the outset. After ending the third quarter of 2016 (98.96) below 2009 commencement levels, the index made an abrupt U-turn gaining 22% in October. Dissecting this performance demonstrates the momentum behind the market where it is clear that foreign investors are selling to increased demand from local buyers.

In most investment transactions the sentiment between the buyers and sellers often carries a distinct contrast. In this case, however, both sides of the investment are propelled through a loss of confidence. Whilst the buyers, for fear of a situation reminiscent to hyperinflation in 2008, seek to hedge their bank deposits into listed businesses, the foreign investors are clamouring to exit before the release of Bond Notes. Sadly, there is a flaw in the latter’s strategy where investors who have managed to sell shares have their currency locked in the banking system due to insufficient US dollar liquidity to complete the transaction. Similarly, dividends paid by listed businesses cannot be remitted back to the originating bank for the same reason.

Foreign currency or US dollar liquidity shortages are not a new phenomenon and in fact have become quite common in African economies since the end of quantitative easing programmes in the US and Europe, particularly in those economies dependent on high commodity prices. Such investment risks are not confined to Zimbabwe; any economy around the world for that matter will always present some kind of risk. In order to mitigate such, it is becoming increasingly necessary for successful investment decisions to be driven through a solid understanding and high conviction of value. Another important, and often ignored, component to successfully investing in Zimbabwe is the necessity of patient investment capital. This is key to enable investors to truly realise value in their investment as opposed to merely realising performance gains through timing the ebbs and flows of market momentum as a result of the global carry trade.

Possessing these investment habits increases the likelihood of successfully deploying capital in Zimbabwe, enabling investors to identify some of the businesses which continue to churn out sustainable returns, far greater than their cost of capital. We find similarities between such businesses and “rough diamonds” where their resilience and value is of a rare pedigree.  Unfortunately not all of these businesses are listed on the stock exchange and investments into such would require specific expertise in order to navigate the administrative structures which carry a slight difference to those traditionally used in the listed equity space. Over the last 36 months there has been a notable increase in the number of both international and local corporate debt and trade finance funds, who have established such structures and have included these very businesses as part of their portfolios. Such investments allow investors to participate in their profitability whilst at the same time facilitating the natural progression of the economy’s capital cycle, where international capital or local pools of savings are channelled towards more productive sectors of the economy. As such there has been a proliferation of buy and hold corporate debt securities and private equity transactions issued and executed which have been targeting yields of between 8% and 15% per annum or internal rates of return of 35% respectively.

Warren Buffet once suggested to the investment world that “the rear-view mirror is always clearer than the windshield”. This adage holds true within our African markets…a bit too much in fact, where it is not uncommon for a windshield to obscure one’s vision entirely. For instance an investment in a large import-packaging and distributing company on the June 17, 2016 would have been entirely subverted when on the following day the Government of Zimbabwe released a statement banning the majority of their stocking units. Such announcements are not uncommon and as the economy tightens around the private business sector, we expect more curved balls.

We will conclude with a simple but important notion on navigating the Zimbabwean market (which we carry throughout the continent); and that is to assure yourself that any investments are channelled toward businesses that are driven by management teams, who possess the fortitude to alter their strategy where necessary and that the operating models and products of these entities are nimble enough to permit rapid amendments to strategy. In other words, if the wind starts to blow in an unexpected direction, does your ship and crew possess the right qualities to quickly change the position of their sails to continue successfully towards its destination?