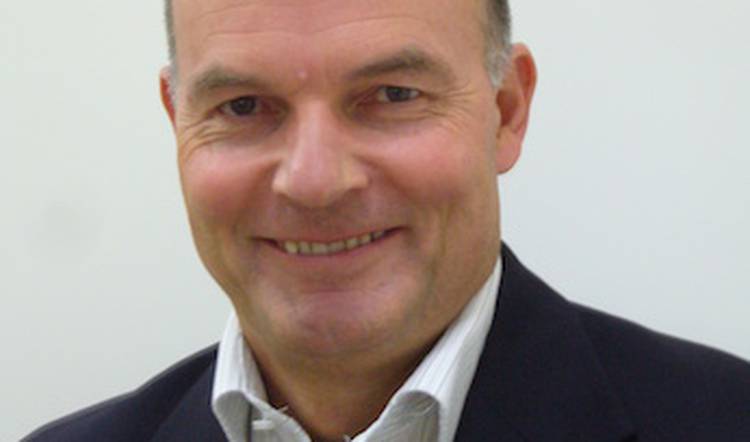 EXEO CAPITAL: The power of partnership

The founders of Agri-Vie, an African private equity firm focused on the food and agribusiness sector, and STANLIB, a pan-African asset manager with over R579bn AUM, have recently announced the formation of EXEO Capital, an Africa-focused private equity partnership.

The founders of Agri-Vie, an African private equity firm focused on the food and agribusiness sector, and STANLIB, a pan-African asset manager with over R579bn AUM, have recently announced the formation of EXEO Capital, an Africa-focused private equity partnership.

Following the success of the first $100m Agri-Vie fund, which has been deployed in a portfolio of 12 investments in Eastern and Southern Africa, EXEO Capital will be spearheading the imminent launch of Agri-Vie Fund II during the second quarter of 2016. AGF’s Anna Lyudvig speaks with Herman Marais, Managing Partner at EXEO Capital and Agri-Vie Co-Founder, about the launch, partnership structure and opportunities in sub-Saharan Africa.

Anna Lyudvig (AL): Herman, how did you come up with the idea of launching EXEO Capital?
Herman Marais (HM): The founders at the Agri-Vie Fund (my partners and myself) have now been investing and partnering businesses in sub-Saharan Africa for the past seven years. When we look to the longer term we have intentions to get successful food and agri funds going, as we are currently doing with the Agri-Vie Fund II, but we also have a vision to, over time, strategically diversify into additional opportunities in other sectors. So it made sense for us to do two things – to introduce a distinctive house brand named EXEO Capital, and to introduce a shareholder partnership with STANLIB, which gives us additional momentum in terms of presence in much larger number of African countries and opens a whole set of relationships that will be supportive of the Agri-Vie Fund II, but over time also assist in the unlocking of opportunities in other sectors.

AL: With so many asset managers on the ground, why have you chosen to partner with STANLIB?
HM: The two organizations complement each other in the sense that both have a focus on alternative investments. STANLIB at the moment doesn’t have a dedicated private equity solution, so EXEO will provide that. And it will complement their other involvements in alternative investments in Africa. For us, the attraction is the much wider representation on the continent and also being able to work through the extended relationships and business linkages of STANLIB to over time unlock other opportunities.

STANLIB is a pan-African asset manager, represented directly and indirectly in almost 20 countries in sub-Saharan Africa. They also have a very strategic focus in terms of their alternative investment activities. All of those considerations were attractive to us. We found a good alignment and like-mindedness in our outlook on the opportunity in sub-Saharan Africa.

AL: Tell us a bit more about the partnership structure.
HM: The 50-50 partnership is at the manager level. EXEO Capital will promote new sub-Saharan African private equity funds. The first new fund that we are promoting is the Agri-Vie Fund II. Our partnership is at the promoter level as an investment manager. We will be also promoting other PE investment opportunities for institutional investors. We are focused on attracting third party capital, so in the case of the Agri-Vie Fund II we’re promoting the Fund II to third parties and we expect soon to be able to announce a first close of the fund with a range of third party investors. So, EXEO Capital is an investment manager that creates and initiates funds and other PE vehicles for participation by limited partners. Over time we will initiate new vehicles, guided by the opportunities.

AL: Herman, you’ve mentioned “unlocking opportunities in other sectors”, which sectors do you have in mind?
HM: For the foreseeable future our focus will be on the Agri-Vie mandates, but as we start to deliver and complete those mandates, we will strategically start to unlock opportunities in other sectors. Through Agri-Vie we’re focused on food and agri value chain, not so much on the primary agriculture. It will be logical for us to look at opportunities that are adjacent to our current focus, so sectors such as FMCG (fast moving consumer goods), or logistics (where we already have an exposure to logistics around food and agri). Generally speaking it will be those sectors that are closely linked to the consumer development, middle class development and urbanization trends in sub-Saharan Africa.

AL: And where will your geographical focus be?
HM: Our strategic focus geographically is on sub-Saharan Africa. In the context of the Agri-Vie Fund II we will start off with a remaining strategic focus on Eastern and Southern Africa. Within that focus we will have a stronger focus on East Africa; we’re reducing our exposure to Southern Africa. As we move through the investment program of Fund II, we’re targeting to start investing in West Africa. We’re particularly interested in Ghana, some of the Francophone countries and over time possibly Nigeria. North Africa is a little bit outside of our traditional focus and our networks.

AL: How can you leverage STANLIB’s capabilities?
HM: We expect STANLIB’s networks to be good for the deal flow. STANLIB is represented in close to 20 SSA countries that opens a whole range of business and commercial networks. That is one way for us to leverage off the STANLIB’s network and the network of their wider group, which also includes Standard Bank. Then, inside the alternative investment portfolio of STANLIB there are already other long-term funds at work in infrastructure and in real estate. We expect that over time there could be some synergy. From a fundraising perspective, STANLIB has a well-developed fundraising platform. So in terms of attracting capital for future funds or other vehicles we can work well at that level as well.