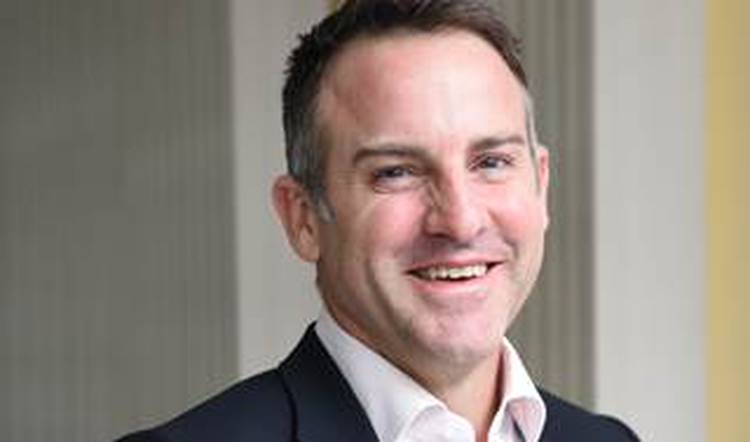 Three stocks to boost your portfolio in 2020

After enduring a trying decade under the mismanagement and malfeasance of Jacob Zuma, South Africa enters the new year in a better place than 2019, economically and politically. Under President Cyril Ramaphosa, South Africa has much work to do to recover the “lost decade”, but the country and economy are finding some footing and making progress – even if limited at most.

After enduring a trying decade under the mismanagement and malfeasance of Jacob Zuma, South Africa enters the new year in a better place than 2019, economically and politically. Under President Cyril Ramaphosa, South Africa has much work to do to recover the “lost decade”, but the country and economy are finding some footing and making progress – even if limited at most.

With this recovery underway (perhaps rehabilitation is a better term), helped by the strengthening of institutions and policy reforms, South African assets as a broad category are attractively priced. For instance, long-dated government bonds are yielding an effective 8.5% against a consumer price inflation rate of 4.1%. In similar fashion, with a yield of 7.4% cash offers a compelling real return.

In the case of risky assets, Cannon Asset Managers finds an even stronger case for risk capital. In particular, sentiment towards South Africa means that mid- and small-cap stocks are deeply unloved and substantially underinvested. With history as a guide, current valuations have corresponded with real returns of between 10% and 20% per annum over the subsequent three years. We believe that this makes for a robust investment cocktail.

In this setting, there are three ideas that we regard as offering compelling cases for 2020: property group, Stor-Age; investment holding company, Sabvest; and infotech enterprise, Altron.

Stor-Age is a specialist real estate investment trust (REIT) that was listed on the Johannesburg Stock Exchange in 2015. What sets Stor-Age apart from conventional real estate portfolios, which usually have a small number of anchor tenants, is that it has tenants who each rent a few square metres of storage space. In fact, the average rental is just 10m² of floor space, but carried across 34,600 tenants, this translates into Stor-Age being the largest self-storage property fund in South Africa and a leading industry brand.

The business has successfully developed, acquired and managed self-storage properties for a decade and today manages 71 properties covering 444,000m² gross lettable area (GLA). The R6.4bn portfolio is split R4.2bn (363,100m²) in South Africa and R2.2bn (80,900m²) in the United Kingdom (UK). Rentals are renewed annually with an inflation-plus escalation clause, and this is achieved with an 83.7% occupancy rate.

Importantly, the self-storage market is uncorrelated with the balance of the property industry or with the economy. It is a niche asset class and its drivers are unrelated to the traditional drivers of property, which means that investors benefit from diversification and can find defensive elements in Stor-Age. Not only that, in an era of severe electricity shortages, this is a sector which has low power needs while Stor-Age is steadily taking its properties off the grid.

The company is on a trailing dividend yield of 7.6% and distributions continue to grow. Total dividend payments over the past 12 months rose 7.0% to R1.10, well ahead of the local inflation rate, giving a strong real return in terms of distribution escalation. Liquidity for Stor-Age is reasonable with daily turnover of some R7.5m.

Looking at the future, growth in like-for-like net property operating income is 3.7% in South Africa and 3.6% in the UK. The company is building an R850m property pipeline and has an excellent track record of delivering new capacity under budget, ahead of time.

Stor-Age boasts, in the words of management, “recession resilience”. Despite a South African economy which has performed dismally, the company has grown its bottom-line distribution per share by 9.4% per year over the past five years. We expect this to compound at 7%-8% per annum over the next five years, comfortably ahead of local inflation.

In terms of valuation, the baseline net asset value (NAV) is R11.77 compared to the current share price of R14.05. On a discounted cash flow basis assuming no growth, we value the shares at R15.00. However, the competitive strength and sustained return on invested capital (ROIC) justifies some franchise value in the case of Stor-Age. On this basis, we can comfortably justify a share price of R16.90, some 20% ahead of its current price.

Of our three best ideas, Sabvest makes for the strongest case based on an impressive history of sustained returns on capital and a deep discount to fair value. Sabvest is an investment holding group that has been listed on the JSE since 1988. The company has an extraordinary long-term investment track record which, with dividends reinvested, translates into a ROIC of 19.1% per annum over 30 years. Dividend growth over the last 20 years has been 11.6% annualised, and we anticipate that this rate of growth in dividends to shareholders is sustainable.

The figures of 19.1% and 11.6% are important numbers. The mandate of the investment team is to grow net asset value and dividends by 15% and 10%, respectively, per year. If we look backwards over various periods from the past 10 years (economically tough years for South Africa) to the past 30 years, this is exactly what Sabvest has delivered.

The company has delivered this growth through a highly diversified portfolio, initially comprising a core unlisted asset called SA Bias (originally SA Bias Bindings), a manufacturer of bias binding and waistbands that today produces and distributes a wide range of products, especially in textiles and garments. The group’s strong and diversified cash flow and is valued on very undemanding multiples. 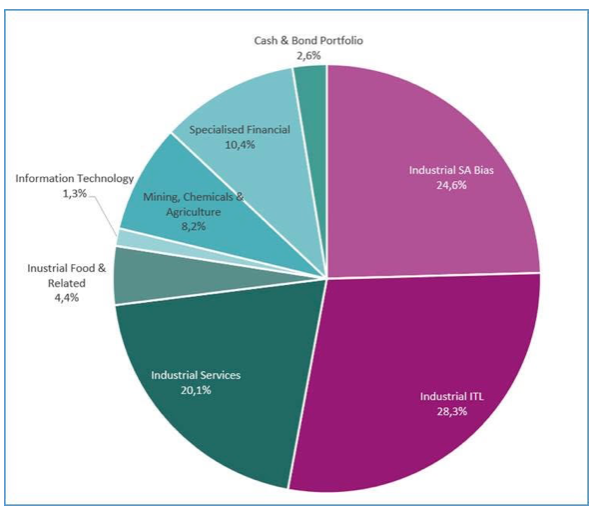 Other assets held by Sabvest include global label designer and manufacturer, ITL, which is owned through Mandarin; alongside a more fragmented book of investment, which include Metrofile, a document storage business; Sunspray Food Ingredients; Flexo Line Products; and Classic Food Brands. In addition, Sabvest holds the unlisted Masimong, a mining and agricultural business, and the listed Rolfes, Brait, Net1 and Transaction Capital.

Metrofile, is held on book at R1.60 per share, and it has recently received an offer to purchase the entire business at R3.30, so in Metrofile alone, you have just more than R80mn uplift on a R1.5bn portfolio. This is a meaningful number. If this transaction goes ahead, as we anticipate it will, the group would have a fresh R150mn on hand, equivalent to 10% of Sabvest’s market value and available for reinvestment or distribution to shareholders as a special dividend (something Sabvest has done on several occasions).

Our specific interest is in Sabvest’s low-voting “N” shares (SVN.J) as opposed to the ordinary shares (SBV.J). Sabvest’s N shares trade at R34.00 and the net asset value is R59.00. Historically, a reason for the particularly deep discount to NAV is attributed to the low-voting power of the “N” shares alongside high-voting ordinary shares (one vote per share versus 500 votes per share). This structure is being collapsed with a new entity, called Sabcap, where the shares will enjoy equal voting rights.  We anticipate that this will be in place by the middle of the year.

In addition, recent corporate action has been used to lift liquidity so the company, which was overwhelmingly owned by insiders and thus untradeable, is now far more liquid. We expect this to narrow the discount, but even if it fails to close the gap, we are very happy to allocate capital at fifty cents in the rand to a company which is compounding its capital at 19% per annum.

Altron has undergone a successful turnaround strategy under Mteto Nyati, the former chief executive of South Africa’s telco giant MTN. When he took over Altron, it was an asset-heavy equipment business trying to migrate into the digital space. In 2013, with R24.5bn turnover, Altron delivered a loss of R312mn on shareholder capital of R4.7bn, giving a ROIC of -6.6%. Debt to EBITDA peaked at four times in 2017.

In the space of three years, through the disposal of non-core assets which aided balance sheet recovery, debt to EBITDA is now at 0.7 times and although turnover has shrunk to R15.7bn Altron has delivered a profit of R870m on shareholder capital of R3.5bn – a ROIC of 24.8%.

Altron’s five-year objective is to double 2017 EBITDA of R950m. The company achieved R1.6bn in 2019, underpinned by strong free cash flow, and it is comfortably on its way to realising its goal.

We can expect further disposals to lighten the balance sheet – possibly in the form of Arrow, Bytes People Solutions and Document Solutions – which would see Altron progress to become a pure ICT play. At the same time, there have been a few small strategic acquisitions such as Phoenix, EZY2C and Karabina and we look to further similar acquisitions in cloud and data analytics.

In terms of valuation, Altron is on a trailing dividend yield of 3.2% and forward price-earnings multiple of 11.9 times. We believe that this company should be afforded some franchise value, given its impressive migration to the digital arena. Consequently, ROIC sits comfortably above WACC, and on that basis we can justify a fair value of just under R30.00 per share against a price of R23.00.

But what about South Africa itself as a destination for investment funds?

The country has been through ten tough years under Jacob Zuma’s administration – or rather maladministration – with weak economic growth, high unemployment, entrenched inequality and sagging competitiveness, especially in export markets.

In the face of this, we note that the economy has been through a critical political transition under the government of Cyril Ramaphosa, elected in May 2019. His administration has much to do to repair the damage inflicted by Zuma. However, evidence of recovery is growing, and with this restructuring and restoration under a strong and sensible government, we anticipate earnings recovery and improved (but not elevated) economic growth. While it is unlikely that South Africa is on the cusp of “spectacular” growth, the country finds itself in a better environment and in a better place than we have seen over the past ten years.

Institutional recovery is taking place with moves at the state-owned enterprises, the rand has recovered lost ground, and price inflation is tame. Visa restrictions are being lifted and we will see the release of valuable spectrum in the communications industry that is likely to aid growth. Gross domestic fixed investment has also showed signs of recovery.

Under the leadership of Cyril Ramaphosa, who has a plan and who is known to play the long game, South Africa’s near-term growth potential of 1.5% could be lifted to 3.5%. While this will not materialise immediately, South Africa is in better shape today than it was a year ago and certainly in much better shape at the beginning of the last decade.

In our view, and in this setting, Stor-Age, Sabvest and Altron make for three compelling investment ideas for 2020.