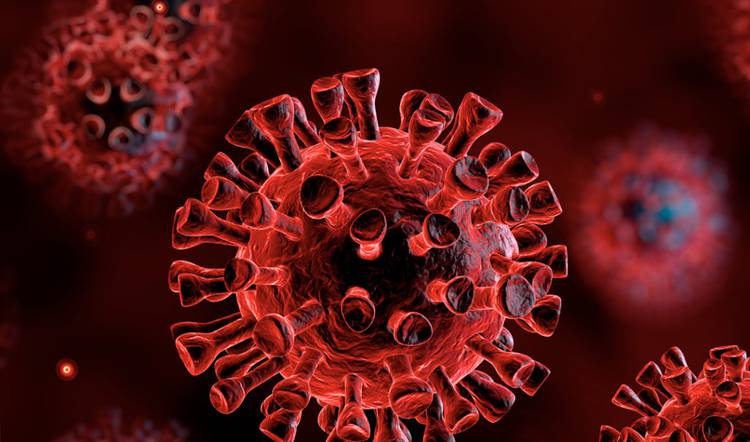 Covid-19: A global reset with a generational impact

The local and global economic outlook is bleak, yet the same may not be true for markets. Investment firm RisCura recently hosted a webinar with leading investment specialists in order to get their views on Covid-19 and its impact on markets, the economy and society.

The local and global economic outlook is bleak, yet the same may not be true for markets. Investment firm RisCura recently hosted a webinar with leading investment specialists in order to get their views on Covid-19 and its impact on markets, the economy and society.

“The impact of Covid-19 will be with us for a long time, likely generations,” said keynote speaker Glenn Silverman, CEO of GS Investments and independent consultant to RisCura.

“Unemployment will rise globally and is unlikely to fully recover to the pre-crisis levels. We can expect a rise in nationalism and authoritarianism across the globe, together with a reversal of globalisation.

“Financial repression in various forms, including increased taxes, repressed interest rates and other increasingly creative measures will be implemented to service the flood of new debt, as central banks and governments release unprecedented fiscal and monetary stimulus packages. The numbers will be gargantuan.

“It’s likely to be a very bumpy road ahead, with much volatility. However, this volatility will also create opportunities for investors, with asset allocation, both strategic, and increasingly tactical, being ever more critical,” said Silverman.

Karl Leinberger, CIO at Coronation, said that the firm’s outlook is very negative on the SA economy, both short term and long term. Their portfolios are light on SA domestic businesses and have been since 2012.  However, he said there was a big stock picking opportunity on the JSE.

“Most of those stock picks are good quality global companies that happen to be listed in SA,” he said.

He added that Coronation was now optimistic about global equities, in contrast to their view in 2019, when they considered global stocks expensive.

“We are right to be concerned about the short term, but we also need to keep our eye on the fact that there are some pretty astounding opportunities to buy some of the world’s great businesses today, that will be incredibly profitable in three to five years. We cannot lose sight of that as investors,” said Leinberger.

Malungelo Zilimbola, CIO of Mazi Asset Management, said they are seeing a lot of downside risk and are protecting portfolios accordingly. “We are looking for companies with strong balance sheets and high cash generation, along with those who may benefit from this environment, such as technology companies.”

“We believe it is critical that clients remain invested in the market, since equity is the only asset class where you can regain the losses. If you are invested in the money market, you are not going to catch up with the market when it recovers.”

Shane Watkins, CIO of All Weather Capital noted that some of SA’s “zombie” companies, such as SAA, Edcon, and Cell C, may finally succumb and this will allow the survivors in their respective sectors to benefit.

Despite dire economic outcomes, Watkins noted that there are some important positives emerging from the current environment.

“This virus has undoubtedly strengthened President Cyril Ramaphosa’s political standing, which is important due to the fact that one of the major stumbling blocks to economic reform has been ideological opposition”.

“Perhaps we’ll see the reintroduction of prescribed assets or wealth taxes; but this is not necessarily negative. As I see it, if you want to take 2% of my portfolio, that’s fine, as long as the other 98% is worth more. It’s almost a form of insurance to my mind.”

The other positive aspect to emerge from the crisis is that Environmental, Social and Governance (ESG) issues will likely become more important.

“An unintended experiment has been conducted globally as to what a low carbon economy would look like, and I think most people like what they saw,” said Watkins. “The question is: Will society accept going back to the previous carbon-based high level of pollution?”

“In terms of society, we can all now see that we haven’t sufficiently recognised the important contribution of some lower paid workers,” said Watkins. “Social contracts are likely to be revised in a post-Covid-19 world, and we can hope for a positive societal reset.”

“There will be less tolerance for corporate management that acts solely in their own interests,” said Watkins.

“There is no way out of this other than massive government fiscal stimulus, but taxpayers and future generations will pay for that, which is a major concern. In addition, inflation, not seen for over two decades, may yet again rear its head,” said Leinberger. “These are some of the aspects that we are all underestimating, and I think it will sow the seeds of the next crisis that will play out over the long-term.”

“On an individual level, the economic impact of Covid-19 is having devastating consequences for workers, who are losing their jobs and are unable to put food on the table”, said Isaac Ramputa, executive director at RisCura.

“We know that whether the economic situation is healthy or unhealthy, markets tend to rise, and employed workers benefit because their provident funds will grow. But the dilemma that cannot be ignored is that, when they have lost their jobs and can’t provide, they will need to draw on their pension funds to bail them out. This may ease the pain today, but what happens when they reach retirement?”

“We’ll need radical new thinking and approaches from the retirement industry in the years ahead to address this,” said Ramputa.