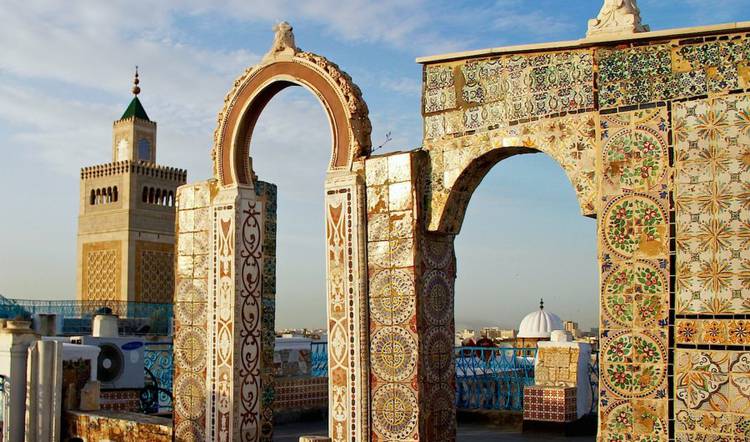 Persistent economic and social disparities between urban centers and outlying communities present an ongoing source of instability for countries in the Maghreb. Nevertheless, Tunisia is rightly lauded for the democratic progress it has made since the popular uprising that toppled longtime strongman Zine El Abidine Ben Ali in January 2011. But regional asymmetries pose significant challenges to the country’s nascent democracy.

Persistent economic and social disparities between urban centers and outlying communities present an ongoing source of instability for countries in the Maghreb. Nevertheless, Tunisia is rightly lauded for the democratic progress it has made since the popular uprising that toppled longtime strongman Zine El Abidine Ben Ali in January 2011. But regional asymmetries pose significant challenges to the country’s nascent democracy.

Poverty rates of 26–32% in rural areas are three times that in Tunis. The period since Ben Ali was ousted has not led to significant improvements in the economic situation of the border regions. Outside the wave of government hiring in the early days after the revolution and timid efforts to lure investors to these remote regions, their economic plight shows no sign of improvement. There is hope that the regionalization process—aimed at devolving power to regional and municipal authorities—can lead to a serious reassessment of regional development policies and a fair allocation of resources to these marginalized areas. Failure to do so threatens to aggravate social tensions at a time of returning battle-hardened Tunisian jihadists from Syria and Libya.

The fall of Ben Ali created a security vacuum and disrupted cross-border markets and trade networks, allowing for the creation of new opportunistic groups unknown to security officials and more willing to trade in drugs and firearms. For example, the transformation of Tunisia into a transit point between Algeria and Libya for the trafficking of cannabis, stimulant drugs, and alcohol affected the old contrabandists of legal commodities who saw a significant decrease in profits. The squeeze pushed some into the criminal marketplace to avoid insolvency.

The encroachment of criminal activity was accompanied by a similar creeping intrusion of terrorist groups who sought to first establish a presence on the border to facilitate the departure of Tunisian recruits to Syria. This evolved into the creation of safe havens for those willing to fight in Libya and later return to undertake terrorist attacks in Tunisia proper, as happened with the perpetrators of the 2015 Bardo National Museum and Sousse attacks. On the western border with Algeria, a number of Tunisian militants managed in 2013 to gain a foothold in the rugged areas of Mount Chaambi and Mount Semmama, where soldiers have been killed and IEDs planted on local roads.

A rash of attacks on Tunisian security services, amplified by the dramatic assault by dozens of Islamic State-trained militants on security forces in the town of Ben Guerdane near the Libyan border in March 2016, has led to an increasing militarization of the border. This security-first approach has collided with the harsh reality of communities whose livelihoods depend on the free movement of people and goods. For example, the transborder dimension of social and tribal relations between Tunisia’s southeast and Libya’s west makes any disruptions to cross-border trade an explosive affair. In February 2015, the government’s closure of the border posts of Ben Guerdane and Dehiba triggered massive protests and the organization of a general strike. These protests were less about the state controlling its frontiers and more about the lack of viable alternatives to illicit cross-border trade and the government’s apparent nonresponsiveness to the population’s demands.

The government is seen as impeding one of the few sources of revenue available to border communities. This breeds bitterness among locals who believe that that government security measures come at the expense of their well-being. After all, the intensification of border enforcement is affecting only the most vulnerable people who are dependent on trade in contraband and lack the means and networks to circumvent border checks. The most powerful and resourced smuggling rings use the main roads and benefit from the connivance of Tunisian border patrol agents and other security officials.

The rising militarization of the border seems to have the opposite effect of that intended. Instead of effectively curbing criminal activity and the trafficking of harmful substances, a militarized border has created more openings for corruption. For example, the inability of customs and border agents to provide security in the border region has led to an expanded role for the Army. The assumption of this new role elevates the potential for corruption within the Army, a development that risks tainting the image of one of the few state institutions that enjoys credibility and popular acceptance. It has also increased competition and distrust between the different services in charge of monitoring the borders.

The escalation of illicit activities along the borders, therefore, has justified the government’s militarization of the border and its clamping down on cross-border trade, but this has only served to exacerbate corruption, underdevelopment, and inequality. This pattern risks a deepening cycle of violence, organized criminality, and a backslide into repressive authoritarianism.