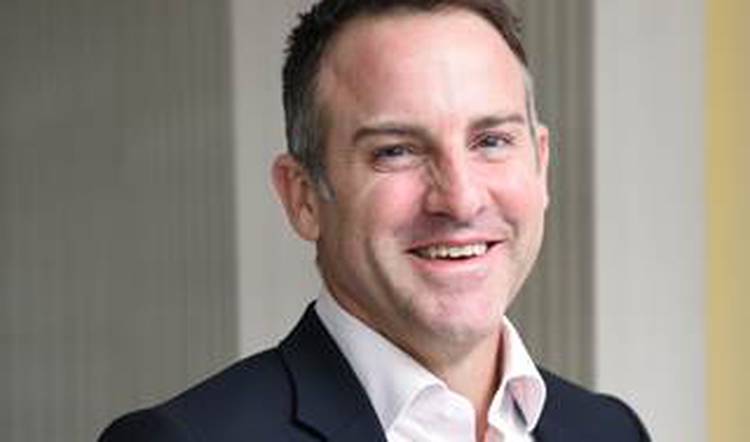 The compelling investment case of Sabvest

Sabvest is an investment holding group that has been listed on the JSE since 1988. The company has an exceptional long-term investment record, having generated a return to shareholders of 54 times capital over its 30-year history under the steady hand and sharp eye of founder, Christopher Seabrooke. Despite this prodigious long-term result, Sabvest is generally unknown to South African investors, and flies under the radar.

Sabvest is an investment holding group that has been listed on the JSE since 1988. The company has an exceptional long-term investment record, having generated a return to shareholders of 54 times capital over its 30-year history under the steady hand and sharp eye of founder, Christopher Seabrooke. Despite this prodigious long-term result, Sabvest is generally unknown to South African investors, and flies under the radar.

At least one reason for the company being overlooked is that the shares have been tightly held and thinly traded for all of Sabvest’s listed history. Recently, however, the company has undergone a capital and shareholder rearrangement which materially improves the free float. In turn, this improvement in liquidity and wider ownership should translate into significant near-term benefits for investors.

At the time of listing in the late 1980s, Sabvest’s primary interest was a controlling share in industrial textile and trimmings business, SA Bias Industries. Since then, the free cash flow (FCF) of Sabvest’s operating businesses, along with investment gains produced by discerning corporate transactions, has enabled Chris Seabrooke to build large minority or joint controlling interests in a spread of listed and unlisted companies, often in partnership with the management of those companies. Currently, the total investment portfolio has a net asset value (NAV) of R2.5bn represented by R1.6bn in South African assets and R900m in offshore assets.

The South African portfolio is made up of a set of unlisted assets (R900m), including the original investment in SA Bias Industries, Sunspray Food Ingredients, Flexo Line Products, Mandarin Holdings and Classic Food Brands. Alongside this, Sabvest has various stakes in JSE-listed companies (R700m) including the likes of Transaction Capital, Brait, Metrofile, Rolfes, Torre, Net1 UEPS and Value Capital Partners. This part of the portfolio has a more varied pedigree.

The offshore portfolio includes an investment in the unlisted apparels business, Mandarin Industries (R500m), alongside a diverse portfolio of listed assets (R400m) with a distinct bias towards technology firms such as Alibaba, Alphabet, Amazon, Facebook, Illumina and Thermo Fisher.

Together, this makes for a compelling investment case for Sabvest. Over the past ten years, the JSE All Share Index (ALSI) has risen 190% from around 20,000 points in late 2008 to its current level of 58,000 points. Over the same period, Sabvest’s NAV has risen from R7.60/share to R54.00/share, or sevenfold. If the ALSI were to have shown the same level of compounding – at 21.9% per annum – the ALSI would stand at around 186,000 points, or three times more than the current 58,000 points. And in case you are concerned that the time period has been skewed by the effects of 2008’s global financial crisis (GFC), it’s worth bearing in mind that Sabvest and the JSE would both have been subjected to the effects of the GFC.

The real clout of Sabvest is captured in the long-term power of its compounding: since listing in 1988, the company’s NAV has grown by a factor of 54 times, while the JSE has grown by a factor of 25 times. In the past decade, a period characterised by capital market volatility and a sluggish local economy, Sabvest’s compound annual growth rate of 21.9% per annum is an enviable result, and well ahead of the broad market. An investment of R10,000 in Sabvest in 2008 would amount to R550,000 today.

As with any investment, there are caveats

The first caveat is that Sabvest has two classes of shares in issue, namely 17,076,804 ordinary shares and 28,883,000 ‘N’ ordinary shares. As low voting shares, the ‘N’ shares conventionally trade at a 20% discount to the ordinary shares. In general, investors do not like such differentiated voting structures, and valuations of companies with these types of structures tend to be discounted on the stock market.

A second caveat is that whilst Sabvest’s investment record is impressive, mistakes have been made along the way. In any investment process, this is inevitable – and recent missteps include the holdings in Brait and Torre Industries. These two investments account for 8.7% of the portfolio.

Only 2.7% of the ordinary shares and 1.1% of the ‘N’ shares traded during 2017. In turn, this lack of liquidity in the counters has made price discovery difficult, and as a result the ordinary and ‘N’ shares have both traded at a significant discount to NAV. The low volumes have also impeded the accumulation of significant holdings, rendering Sabvest of little interest to institutional investors.

Despite these drawbacks, however, an investor who has had the time and patience to build a stake in the company will have had an extremely rewarding experience.

Light at the end of the illiquidity tunnel

In July this year, it was announced that 16,650,276 Sabvest ‘N’ ordinary shares, representing 58.8% of the total issued ‘N’ ordinary issued shares, and 36.8% of the total issued share capital of Sabvest would be put up for sale at R34.60/share. Of these, 13,178,674 ‘N’ ordinary shares were successfully placed, and we used this event to add to our long-standing holding in Sabvest in Cannon Asset Managers’ Hummingbird Fund, and have also included the share in certain equity mandates.

Alongside the exceptional investment record, we expect at least two main benefits to flow from this recent corporate action. First, the free float in shares increases materially with the release of 16,5m shares into the open market. This will enhance price discovery, and expands and diversifies the shareholder base. Second, even in the absence of that, the corporate action allows us to invest in a well-run basket of assets worth R54.58/share at a price of R34.60/share, representing a 36.6% discount to NAV. Even then, the NAV itself appears to be understated, with the unlisted assets carrying conservative valuations.

The share sale has helped to raise the public profile of Sabvest while also improving the spread and diversity of its shareholders. This, together with a recently announced ‘N’ share buyback at R34.60/share, will enhance the NAV. Additionally, Sabvest is also changing a portion of its incentive scheme to reward executives when the discount to NAV is narrowed, which aligns their interests even more closely with those of shareholders.

The business is currently targeting NAV growth of 15% p.a. underpinned by dividend growth of 10% p.a., and there is a long runway for the company to continue to unlock and grow intrinsic value under Chris Seabrooke’s watch.