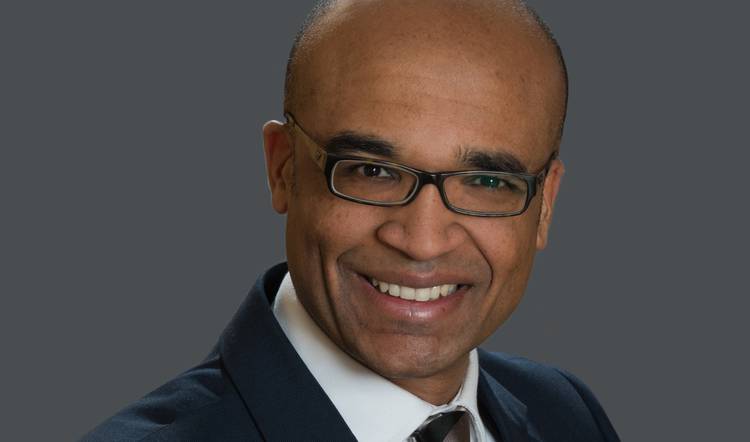 A key headline in the latest IMF projections for Sub-Saharan Africa is the revision to the GDP growth projection for 2019, down from 3.8% in October 2018 to 3.5%. Drill into the detail, however, and further trends emerge. This includes a divergence in performance between resource-dependent economies, which have faced headwinds, and more diversified economies, which show a more positive growth trajectory.

A key headline in the latest IMF projections for Sub-Saharan Africa is the revision to the GDP growth projection for 2019, down from 3.8% in October 2018 to 3.5%. Drill into the detail, however, and further trends emerge. This includes a divergence in performance between resource-dependent economies, which have faced headwinds, and more diversified economies, which show a more positive growth trajectory.

This emergence of two distinct "tracks" in the region comes against a backdrop of increasing global trade tensions and volatile commodity prices, both of which have disproportionately impacted the resource-dependent economies.  Effects have been particularly pronounced for Sub-Saharan Africa's "big three", Nigeria, South Africa and Angola, each of which are resource-rich, have seen recent challenges and are now the subject of downward revisions to GDP growth projections. By contrast, several less resource-rich countries, spanning East, West and Central Africa, and encompassing both Anglophone and Francophone regions, have seen their economies steadily expand over recent years. Examples include Cote d'Ivoire, Ethiopia and Kenya, which for 2018 registered GDP growth of 7.4%, 7.7% and 6% respectively.

Both trends can in part be attributed to lower global energy prices, which present challenges for oil-exporting economies, while simultaneously facilitating growth in countries reliant on energy imports.  The trends are also driven by, and reflected in, changing overseas investment flows.

All of the foregoing is overlaid by increasing local economic integration.  Interregional trade, which stood at just 5% as a share of total imports in 1990, had increased to 12% by 2017, and some of the fast-growing economies mentioned previously, such as Cote d'Ivoire and Kenya (as well as more established economies – South Africa) are increasingly functioning as regional trade hubs. 2018 saw the establishment by the African Union of the African Continental Free Trade Area, intended as a stepping stone towards a continental single market, offering to further boost both intraregional trade and foreign direct investment.

The diverging trends in growth are likely to continue at least until the next phase of the global commodity prices cycle. With investors therefore increasingly turning their attention to faster-growing economies and new sectors, this requires renewed attention to strategies and approaches to risk-mitigation and investment protection. For instance, the approach to protecting investments in resource-rich economies, which may more typically be in large, long-term and capital-intensive projects (in the mineral-extraction and energy sectors) are likely to differ from the approaches taken in other countries, e.g. with regard to fast-growing sectors such as telecommunications, technology and consumer goods.

Rights under bilateral investment treaties (between an investor's home state and the state where investment is made) are a long-standing means by which investments are protected – the  great majority of Sub-Saharan African states have acceded to the International Centre for Settlement of Investment Disputes (ICSID) Convention and have many investment treaties in place. However, such treaties generally only afford protection to an investor where the counter-party is a state, or quasi-state entity. Further, an emerging trend has seen countries such as South Africa and Tanzania taking steps to terminate existing bilateral investment treaties. Therefore other dispute resolution strategies need to be considered, particularly for the increasing volume of investments and transactions with non-state parties.

International commercial arbitration, often applying a governing law from, and a seat of arbitration located in, a jurisdiction outside Africa, is also commonly provided for.  However this too may not prove suitable or appropriate in all instances. This is especially so with regard to the expanding volume of intra-regional trade, where African parties may sit on both sides of the transaction.  As such, the recent development and increase in activity of local arbitration centres serving the Sub-Saharan African region is an important development.  Examples include the Kigali International Arbitration Centre (KIAC) in Rwanda and the MCCI Arbitration and Mediation Centre (MARC) in Mauritius.

Changing growth forecasts, which serve to highlight diverging trends, illustrate how strategies for risk mitigation must not only be closely matched to the nature and location of the investment, but must also be kept under continual review.  Therefore, while a clear appraisal of risk, and a sound understanding of the available options and measures, is always crucial, attention too must be paid to how such considerations are impacted by developing trends. As growth prospects rise and fall, and the prospects of particular countries ebb and flow, there has remained, over recent years, a continued trend of growth in the overall Sub-Saharan African region. If mindful of the above considerations, investors both foreign and domestic can continue to benefit.