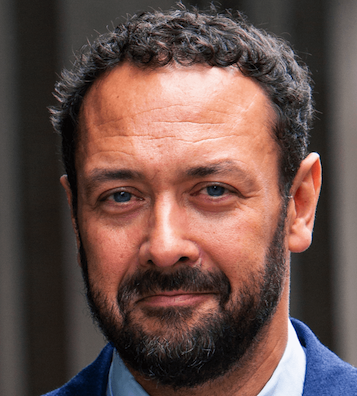 Barthout van Slingelandt (pictured), Managing Partner of XSML, told Africa Global Funds that the Fund is expecting to reach the final close “within the next 12 months” and is targeting $85m.

For this first close, BIO (Belgium Investment Company for Developing Countries), the Dutch Good Growth Fund (DGGF, managed by Triple Jump), FMO (the Dutch development bank), IFC (a member of the World Bank Group), which are all existing investors in Fund I and/or II, are joined by Swedfund (the Swedish Development Finance Institution) and the SDG Frontier Fund (which includes nine private and institutional investors from Belgium) - an expansion of the investor base of ARF, which demonstrates their commitment and support for investing in these frontier markets.

Jarl Heijstee, Managing Partner at XSML: “We have now successfully closed our third fund, African Rivers Fund III, within ten years of operation and in a challenging COVID environment.  This demonstrates the continued interest and commitment from our existing and new investors in frontier markets in Central and East Africa. The private sector in DR Congo and Uganda, our core markets, as well as Angola, our new third home market, has tremendous growth potential and long-term capital remains scarce.”

“Through our local presence in these markets, XSML is well placed to capture the opportunities as one of the few, if not the only fund manager on the ground, actively making investments in private companies, creating jobs and supporting the growth of the economy.”

ARF III will provide debt, equity and mezzanine finance to fast-growing companies in these regions.

According to van Slingelandt, the Fund will invest in 30-40 companies.

Between equity and debt transactions, the split will be roughly 80/20.

XSML has made investments in over 50 SMEs across ten sectors.

Both CASF and ARF have been fully invested and 12 investments have been exited. XSML believes that sustainable economic development in fast growing frontier markets in Sub-Saharan Africa can be achieved by encouraging local entrepreneurship.

Currently, many opportunities in these countries continue to remain unexploited due to the lack of risk capital and operational support.

By stimulating entrepreneurial endeavors, jobs and income are created.

ARF III continues the existing strategy with investments in between $100,000 and $7.5m.

Between the two first funds XSML has provided technical assistance to over 35 companies to help them improve operations, financial management and environmental and social practices.

Evidence of further impact can be found in various fields, with some 1,000 direct jobs created since 2011, over 4,000 additional pupils spread over three private schools and the addition of some 60 hospital beds, and operating theatres and maternity rooms in clinics in Kinshasa and Kampala, improving healthcare standards.