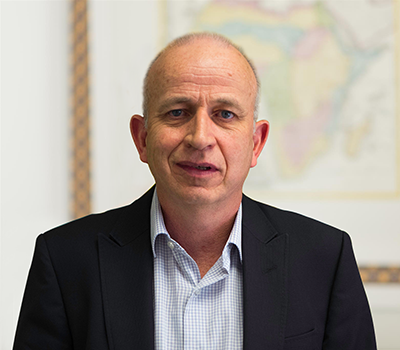 Commenting on his appointment, Stals said: “I am excited to be joining the Phatisa team. Simply put, I like their approach and the balance they strike between making superior returns for investors, while impacting the communities bordering its investment portfolio companies and beyond.”

“I believe Phatisa’s track record and approach is unique on the continent and it’s something I want to be a part of and help grow,” he added.

With almost three decades of investment experience, Stals is widely recognised as a doyen of private equity on the continent.

In the early 90s, he played a pioneering role in the establishment of the South African industry as a senior partner at Ethos, where he was part of a small team that grew the business from a small captive, to South Africa’s leading independent third-party fund manager.

During this time, Stals led over 12 investments and was instrumental in the formation of Ethos following the First National Bank and Rand Merchant Bank merger and in the introduction of black economic empowerment to the business.

In all he spent 18 years in executive, board and investment committee capacities at Ethos.

Following a move to Australia, he established his own consulting business, providing strategic advice to family offices and business at large.

Stals was also the head of Bravura Capital’s Australian operations, representing them in their investment in a small Argentinean mining exploration company, and has since held strategic and operational leadership roles with a family-owned commercial services business in Queensland, Australia.

Valentine Chitalu, Chairman of Phatisa, said: ‘We are pleased that – following Eugene’s decision to return to the continent – he identified with and shared Phatisa’s vision: feeding and housing Africa. Eugene is highly respected for his local private equity experience, leadership approach and strategic insights. This is an exciting time for our firm and we wish him well on this new journey.”