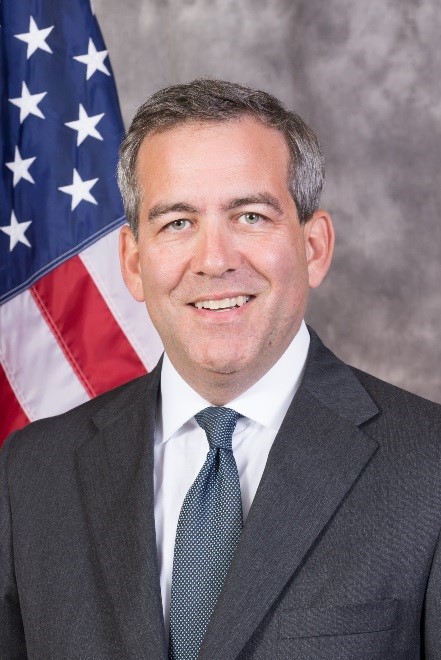 Bohigian, who has served as OPIC Executive Vice President since August 2017, was named Acting President and CEO after Ray W. Washburne announced on February 12, 2019 that he would step down from the agency.

“For almost half a century, OPIC has been creating a world of opportunity, and I’m humbled to have been part of that story over the past few years,” said Bohigian.

“I am deeply honored today to have the chance to lead this outstanding and innovative organization that every day is making a difference in millions of lives across the globe. As the agency transforms into the new US Development Finance Corporation (DFC), I look forward to launching a world class development finance institution and building an unprecedented global platform supporting peace and prosperity.”

As Executive Vice President of OPIC, Bohigian played a critical role in advancing the BUILD Act into law, which experts have called the biggest advance in US development policy in a generation and will transform OPIC into a new, modernized agency.

During his tenure, OPIC also launched several key initiatives, including the 2X Women’s Initiative to mobilize $1bn to women; The Northern Triangle Initiative to drive investment to El Salvador, Guatemala, and Honduras; and OPIC’s Connect Africa Initiative to invest in enhanced connectivity in Africa.

Bohigian’s leadership has also helped position OPIC as a central component of the administration’s Indo-Pacific Strategy, helping the US compete with countries like China.

Before joining OPIC, Bohigian served as the Managing Director of Pluribus Ventures, where he advised financial services firms and invested in impact-driven companies.
Previously, he served on the core management team of Bridgewater Associates, the world’s largest hedge fund, and founded E2 Capital Partners, which developed new financing models for energy efficiency projects.

From 2005 to 2009, Bohigian held several senior positions at the US Department of Commerce under the George W. Bush administration. As the Assistant Secretary for Market Access and Compliance in the International Trade Administration, he focused on eliminating barriers to trade and investment for US companies.

Prior to that, he was the Director of the Department of Commerce’s Office of Policy and Strategic Planning as the lead economic and energy advisor to two Secretaries.

Most recently, he led the Commerce Department’s landing team as a member of President Trump’s presidential transition.
﻿
Earlier in his career, Bohigian held several positions in the private sector, including Managing Director of Idealab, Founder and Managing Director of VenCatalyst, and Director of Jefferson Partners.

“David is exceptionally qualified to take over OPIC at this exciting time. His work to advance the Better Utilization of Investments Leading to Development (BUILD) Act into law last year positions him to lead the transformation of OPIC into the new DFC,” said former OPIC President and CEO Ray. W. Washburne.

“Better than anyone, David understands what it will take to launch the DFC. I leave OPIC knowing that it has the leadership to bolster U.S. development finance and its positive impact across the world.”