In South Africa, March and April were volatile months for fixed income investors, but the market has been relatively stable since, Lyle Sankar, fund manager at PSG Asset Management, has said. 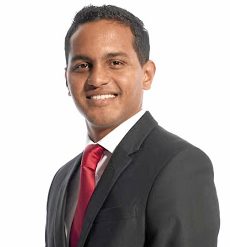 In South Africa, March and April were volatile months for fixed income investors, but the market has been relatively stable since, Lyle Sankar, fund manager at PSG Asset Management, has said.

Significant shifts in monetary policy had a very positive impact on local fixed income market returns over the quarter as the South African Reserve Bank (SARB) increased liquidity in the banking system, enacted sharp cuts of 2.75% to the repo rate and provided support for the bond market through nominal bond buying at the periphery.

“As a result of attractive starting valuations and a stabilisation of the bond market, the market recovered from the sell-off in nominal bond yields in the first quarter to deliver positive returns for the year to June 2020,” he said.

Nominal bonds delivered a “phenomenal 10% return” (using the All Bond Index) during the second quarter, according to Sankar.

“Interestingly, being positioned in the 3- to 12-year area of the curve delivered approximately 13% returns for investors for the quarter alone,” he said.

“From a real yield perspective, inflation printed at 3% for April 2020 and a 15-year low of 2.1% for the month of May 2020, implying significant real returns over the quarter,” he added.

Sankar said that inflation-linked bonds delivered a commendable 4.7% for the second quarter of the year, however, they still have some room to recover from the sell-off in March 2020.

“Corporate lending (credit) continues to be an area of the market impacted by low liquidity and seeing a gradual repricing (wider spreads and lower prices) to reflect the increased risk in markets.”

“Cash has returned roughly 3.2% for the year to date and is expected to trend lower in the second half of the year as interest rate cuts filter through to returns.”

Sankar added that the significant cuts to the repo rate during the short space of six months imply that fixed income assets tethered to the repo rate are likely to produce significantly lower returns in the period ahead. “Cash is now likely to return below inflation over the coming year, and similarly, money market instruments (NCDs) are no longer presenting attractive real yields for new client capital,” he commented.

“Corporate lending, typically offering a yield (spread) above 3-month Jibar, will equally generate significantly lower income yields. These spreads, being compensation for lending to corporates, have not adjusted higher despite the increased risks due to low liquidity and trading in the market,” he said.

“We believe, therefore, that it remains appropriate to favour duration assets in allocating to fixed income, as opposed to corporate credit where risk-adjusted returns are significantly lower.”

“We favour sovereign nominal bonds as one of the best risk-adjusted opportunities available. As such, our exposure to these bonds has gradually increased over the quarter as we bought into weakness. The near-term outlook for inflation remains low implying attractive real yields for investors seeking income,” Sankar concluded.