Credit Suisse Group has agreed to pay nearly $475m to US and UK authorities, including nearly $100m to the Securities and Exchange Commission (SEC), for fraudulently misleading investors and violating the Foreign Corrupt Practices Act (FCPA) in a scheme involving two bond offerings and a syndicated loan that raised funds on behalf of state-owned entities in Mozambique.

Credit Suisse Group has agreed to pay nearly $475m to US and UK authorities, including nearly $100m to the Securities and Exchange Commission (SEC), for fraudulently misleading investors and violating the Foreign Corrupt Practices Act (FCPA) in a scheme involving two bond offerings and a syndicated loan that raised funds on behalf of state-owned entities in Mozambique.

"Credit Suisse provided investors with incomplete and misleading disclosures despite being uniquely positioned to understand the full extent of Mozambique's mounting debt and serious risk of default based on its prior lending arrangements," said Anita B. Bandy, Associate Director of the SEC's Division of Enforcement. 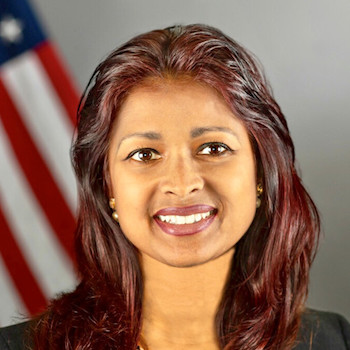 "The massive offering fraud was also a consequence of the bank's significant lapses in internal accounting controls and repeated failure to respond to corruption risks."

According to the SEC's order, these transactions that raised over $1bn were used to perpetrate a hidden debt scheme, pay kickbacks to now-indicted former Credit Suisse investment bankers along with their intermediaries, and bribe corrupt Mozambique government officials.

The SEC's order finds that the offering materials created and distributed to investors by Credit Suisse hid the underlying corruption and falsely disclosed that the proceeds would help develop Mozambique's tuna fishing industry.

Credit Suisse failed to disclose the full extent and nature of Mozambique's indebtedness and the risk of default arising from these transactions.

“When it comes to cross-border securities law violations, the SEC will continue to work collaboratively with overseas law enforcement and regulatory agencies to fulfill its Enforcement mission,” said Gurbir S. Grewal, Director of the SEC’s Division of Enforcement.

A London-based subsidiary of Russian bank VTB separately agreed to pay more than $6m to settle SEC charges related to its role in misleading investors in a second 2016 bond offering.

According to the SEC's order, the second offering as structured by VTB Capital and Credit Suisse allowed investors to exchange their notes in an earlier bond offering for new sovereign bonds issued directly by the government of Mozambique.

But the SEC found that the offering materials distributed and marketed by Credit Suisse and VTB Capital failed to disclose the true nature of Mozambique's debt and the high risk of default on the bonds.

The offering materials further failed to disclose Credit Suisse's discovery that significant funds from the earlier offering had been diverted away from the intended use of proceeds that was disclosed to investors.

Mozambique later defaulted on the financings after the full extent of "secret debt" was revealed.

The SEC's order against Credit Suisse finds that it violated antifraud provisions as well as internal accounting controls and books and records provisions of the federal securities laws.

Credit Suisse agreed to pay disgorgement and interest totaling more than $34m and a penalty of $65m to the SEC.

As part of coordinated resolutions, the U.S. Department of Justice imposed a $247m criminal fine, with Credit Suisse paying, after crediting, $175m, and Credit Suisse also agreed to pay over $200m in a penalty as part of a settled action with the UK's Financial Conduct Authority.

VTB Capital consented to an SEC order finding that it violated negligence-based antifraud provisions of the federal securities laws. Without admitting or denying the findings, VTB Capital agreed to pay over $2.4m in disgorgement and interest along with a $4m penalty.