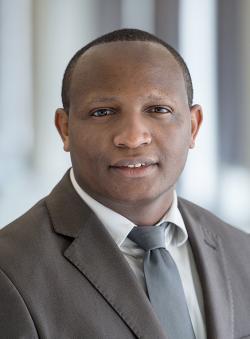 Ongera will launch in Q3 of 2019 with the aim to develop and distribute a set of analytics, modelling and implementation tools that will allow African economic players, ranging from Governments to private companies, to tackle the challenges linked to the fluctuation of the African currencies.

At the same time, this will allow the Commercial banks to develop a new (big) stream of revenues by addressing the challenges posed by the African currencies’ fluctuation.

According to Habimana,  there are 42 currencies in Africa with “the majority of them are ones of the most unstable and least traded currencies on the international markets”.

“The lack of experienced local companies on that matter and the absence of interest from the international Banks left no room to the majority of African economic players other than to act with no coverage of Forex (foreign exchange) resulting in losses reported in millions and very recently in billions of US Dollars,” he said.

He added that banks that tried to solve the problem had been working on an individual basis without involving the concerned authorities and other partners (mainly the regulators), which has been limiting their capacity to deliver the expected added-value (maximum protection against the involved risks) to the clients.

Ongera has developed a solution (made of software, financial advisory and regulatory services) that will enable the whole ecosystem upgrade to address the problem on per-country basis.

“The legal framework will allow all the players in the ecosystem to have the same rules and thus, guaranteeing its reliability. The training will allow everyone involved to know their roles and the associated responsibilities and thus, allowing the ecosystem transparency and efficiency. The modelling will allow each Bank to design hedging products that are aligned with their risk management policy, their targeted business and their client base and thus, allowing alignment with their market needs and opportunities,” explained Habimana.

The firm will initially focus on the East African Community with a market value between $60bn and $70bn.

“As a starting point, we intend to start by one country, Rwanda, with a market value between $3bn and $4bn,” Habimana said.