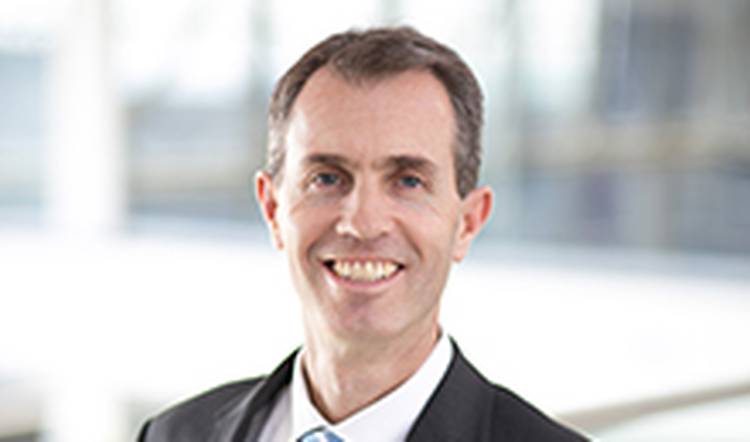 Investors have had disappointing returns from domestic equities this year after a promising start. South Africa (SA) is now in a recession and the global backdrop is no longer as supportive, so President Ramaphosa will have his work cut out to instil a new sense of confidence to ignite growth. His stimulus package and a revised mining charter are good signs, but scepticism dominates markets. Hope alone is not– implementation is required. Where might be the turning point?

Investors have had disappointing returns from domestic equities this year after a promising start. South Africa (SA) is now in a recession and the global backdrop is no longer as supportive, so President Ramaphosa will have his work cut out to instil a new sense of confidence to ignite growth. His stimulus package and a revised mining charter are good signs, but scepticism dominates markets. Hope alone is not– implementation is required. Where might be the turning point?

After a strong start to the year, equity returns on the JSE are negative for the year so far and one, three and five year returns are well below historical averages. Ramaphoria has gone. The economy is in recession and unemployment is rising. The external environment has also deteriorated, not only as a result of trade tensions, but idiosyncratic events in Turkey, Brazil and Argentina have spooked emerging market investors and resulted in large scale outflows. A stronger US dollar, reduced US dollar liquidity and a higher oil price have added to the pressure for emerging markets.

Since Ramaphosa’s inauguration, he has taken decisive steps to rebuild confidence. The focus has been on dealing with corruption in government and state capture, restoring good governance at state-owned enterprises and strengthening critical public institutions. The various enquiries such as the state capture enquiry and the SARS commission have revealed the extent of corruption and deliberate incompetence. State-owned enterprises remain fragile given the state of their balance sheets and lack of capacity to maintain and deliver services and infrastructure. Significant change is required.

After a period of consultation, including with the private sector, Ramaphosa announced a recovery and stimulus package. This was shortly followed by the release of a more pragmatic and business-friendly mining charter. The announcements were well received, but many will stay sceptical because too many of the goals and announcements are not new: we’ve heard them from the ANC before with no result. Yet Ramaphosa has differentiated himself from his predecessor by being hands on and pragmatically result-orientated. The next markers are the jobs summit and the Medium Term Budget Policy Statement. Meantime, the rand and bond markets have recovered from lows. Equities continue to struggle given low visibility of recovery and the very present reminders of recession. 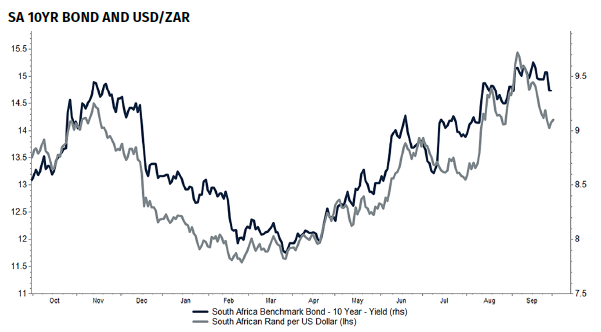 Economic recovery and stimulus package
The package has four broad aims:
•    Implementation of growth-enhancing economic reforms
•    Reprioritisation of public spending to support job creation
•    Establishing an infrastructure fund
•    Addressing urgent and pressing matters in health and education
None of these objectives are new. They were part of the National Development Plan (NDP) that was so comprehensively ignored by the Zuma administration. Supposedly incorporated in government’s medium-term expenditure plans, nothing much was implemented. Ramaphosa has elected to keep to the sound long term plans of achieving the necessary structural reforms and sustainable growth plans recommended by the National Planning Commission, instead of reinventing the wheel.

In his speech, Ramaphosa provided a sober synopsis of the challenges facing the economy. The plan singled out infrastructure spending as a critical driver of economic activity and employment growth, with the aim of reprioritising fiscal spending towards activities that have the greatest impact on economic growth and job creation rather than increasing overall spending. Much as this is reshuffling of budget items, SA cannot afford any fiscal slippage. There will be more detail in the Medium Term Budget Policy Statement at the end of October. For now, the numbers are in one sense not as important as the message.  An additional R50 billion to be allocated to infrastructure is in the context of annual government expenditure of over R1.7trn (33% of GDP). The key is the signal regarding focus and implementation within the constraints of what is possible. The goals are not so high as to be unattainable, and instead of overpromising we can expect a focus on delivered outcomes.

Because implementation has historically failed, an infrastructure execution team has been established in the presidency: “The team will identify and quantify ‘shovel-ready’ public sector projects‚ such as roads and dams‚ and engage the private sector to manage delivery”. This illustrates government’s change in tone towards private sector inclusion.
A number of other initiatives were announced to enhance growth, including;
•    Changes to SA’s visa regime to support tourism and business travel
•    The revised Mining Charter, which isn’t perfect, but which should restore some confidence
•    A crackdown on illegal imports to protect sensitive sectors
•    Support for agricultural development including better leasehold terms for new farmers which should unlock financing

The revised Mining Charter is an additional step. Until now, a lack of regulatory certainty has been a major obstacle to investment in the sector. Removing this uncertainty has been a top priority for President Ramaphosa’s government. The gazetted charter provides more certainty on a number of aspects, such as the “once-empowered, always-empowered” principle. Without going through all the detail it is clear that the new mining charter has addressed many of the concerns raised by Minerals Council South Africa when the previous draft was released in July, and an illustration of government’s willingness and commitment to finding a credible solution while redressing historic socio-economic inequalities and ensuring broad-based economic empowerment.  The gazetted charter is more pragmatic and investor friendly than was previously feared, and provides a framework for business to plan and make informed investment decisions. 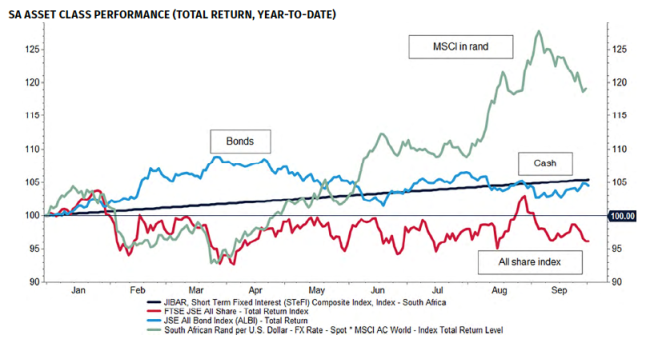 Under the new president, politics has not settled and uncertainty regarding Ramaphosa’s ability to implement policy change is high. Yet a considerable number of changes have been made, both to strengthen governance and to remove obstacles to business and investment. Within the current constraints of government finance, limitations on what can be done are substantial. None of the changes individually will make much difference, but collectively represent a significant change of direction. Implementation will remain a key issue and so a considerable amount of scepticism is warranted. But with Treasury more clearly back in the driving seat, a shift in spending priorities and hopefully outcomes can be expected.

SA is stuck in a low-confidence cycle and a recession, which complicate the outlook; but it has all the required basics to enable a cyclical recovery, even without lower interest rates.  While most investors are watching for a “trigger event” that will launch a confidence revival, and then an economic recovery, the way things are going it is much more likely that there won’t be a specific trigger – it will happen by stealth. At some point an accumulation of factors will have combined to lift things and we’ll be out of recession.  But don’t overexpect. As far as portfolios are concerned, we prefer to adapt rather than to take aggressive positions based on hope. We have balanced portfolios so that when we find we are out of recession, we will be ready for it, even if we have not anticipated all of the nuances.