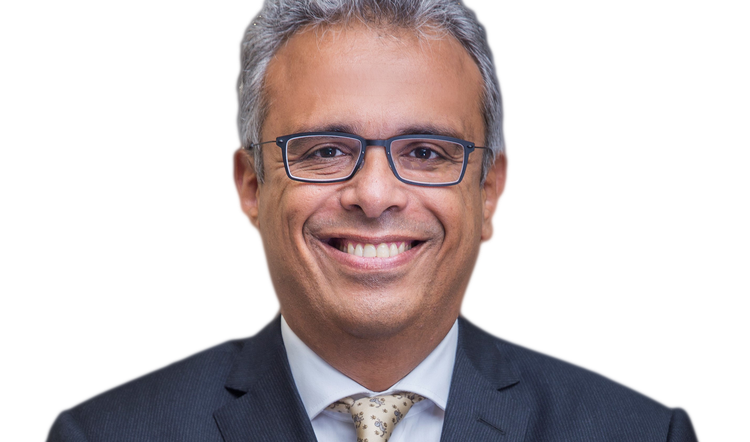 Private Equity (PE) investments in Egypt saw a golden age in the years between 2005 and 2008 when a significant number of landmark PE investments and exits were executed. Afterward, the sector entered into a quiet phase – despite some opportunistic targets in healthcare and education – with investors facing delayed returns on many fronts due to worldwide market instability in 2008-2009 and domestic geopolitical issues between 2011 and 2014.

Private Equity (PE) investments in Egypt saw a golden age in the years between 2005 and 2008 when a significant number of landmark PE investments and exits were executed. Afterward, the sector entered into a quiet phase – despite some opportunistic targets in healthcare and education – with investors facing delayed returns on many fronts due to worldwide market instability in 2008-2009 and domestic geopolitical issues between 2011 and 2014.

Since the introduction of the Egyptian Government’s widely acclaimed monetary and fiscal reform program with financial support from the IMF and the flotation of the Egyptian pound at the end of 2016, PE activity in Egypt has rebounded. Today, there is a new wave of PE funds investing in Egypt that are mostly backed by international and regional development finance institutions (DFIs) and Gulf Countries Sovereign Wealth Funds. Although the DFIs have a larger presence than in previous investment waves, the traction of commercial private family offices is still proportionate with the previous low returns on investments that were completed at the end of the 2000's and which in many cases have not yet been exited.

However, while the current revamp of the PE sector is extremely positive for the Egyptian economy, more could be done to attract further investments. How? The Egyptian PE sector could be effectively reshaped by the Sovereign Wealth funds, DFIs and even the Egyptian government (using the proceeds of upcoming privatizations) championing the creation of new local and regional PE funds managed by experienced or newly established money managers with sponsors from specific industry backgrounds. A well-orchestrated and sponsored approach would increase the propensity to attract more investment funds than initially deployed by a single sponsor.

Such an approach would also allow the investment strategy of such funds to be formulated for a wide range of investment targets such as export-driven industries, infrastructure, Suez Canal New Economic Zone and the typical healthcare, education and consumer sectors.

Several studies have explored the impact of private equity on economic growth and concluded that PE investments can promote innovation in the investee companies, improve productivity and competitiveness, promote sustainable employment and, at the same time, improve the working conditions of the employees. In that sense, this new PE wave could become a key driver to enhance the social and economic situation of Egypt bringing high returns to stakeholders and so attracting even more investors to the country.

Why is now a good time to invest in Egypt?
• With a population of 98 million, Egypt constitutes a large and highly captive market for core industries and services typically targeted by PE firms such as healthcare and consumer-driven sectors like retail and general industry products
• Due to the expansion of relevant services and goods to segments of the population with increasing purchasing power, industries such as healthcare, education, FMCG and construction are booming and show a strong outlook
• Thanks to a relatively education system with hundreds of thousands of University students graduating each year, a skilled labor pool is rapidly building up
• Egypt's GDP is highly diversified amongst several industry segments which makes the economy resilient to instabilities in specific sectors such as oil, for example
• Almost 70% of the country’s businesses are privately owned and managed by successful and talented managers, a crucial requirement for PE firms
• Egypt has a robust and well-regulated banking system, which is important to helping partner companies grow and supporting them financially in their development and expansion plans
• The country has a dedicated government in charge of the recent monetary and fiscal reforms
• Egypt recently introduced new Investment laws, Corporate laws, and Capital Market laws aimed at
simplifying the investment climate and making it more attractive to foreign investments
• Large investments in infrastructures, mainly in electricity generation, roads, transportation, natural
gas, telecommunication, ports, etc., make Egypt a very interesting country to invest in Egypt has been always an attractive destination for investments and today the country’s prospects couldn’t be better with the new economic policies and reforms introduced by the government coupled with a combination of factors that increases the appeal of the country as a prime destination for investments, such as demographic growth, greater purchasing power of families and a higher life expectancy.

Established in 1983 by the Abd El-Wahab and El-Gabaly families, Cairo Scan operates as a specialized, fully integrated diagnostic and interventional imaging and medical laboratory services institution providing high-quality imaging, analytical and related services in Egypt. Through its 16 centers in Cairo and Giza, the group offers first-class medical expertise aided by the most up-to-date equipment and complemented by an exceptional level of service. Today Cairo Scan and its subsidiaries employ around 750 doctors and employees on a full- or part-time basis.

Mediterrania Capital Partners investment is aimed at supporting the group’s development plans, including the expansion of Cairo Scan’s branch network and the construction of a state-of-the-art flagship branch that will provide improved access to a signification portion of the population in Egypt. This transaction will enable the group to grow and better serve the Egyptian population in the coming years and be in a better position to capture growing demand and to provide the most up-to-date, high- tech medical diagnostics.

“This is the perfect time to invest in Egypt after the flotation of the Egyptian pound in November 2016 and the monetary, social and fiscal reforms adopted by the Egyptian government linked to the financing received from the IMF. On our first investment, we have targeted the healthcare sector which is showing great potential thanks to Egypt’s demographic growth and the increasing concern about health issues and willingness to achieve a better quality of life,” Albert Alsina, Founder and CEO, Mediterrania Capital Partners

Managed by Albert Alsina, CEO and Founder, Mediterrania Capital Partners is a Private Equity firm focusing on growth investments in SMEs and mid-cap companies in Africa. The company started its operations in 2008 under “Fons Mediterrania Capital” and since 2013 is an independent General Partner Structure.

With offices in Abidjan, Algiers, Barcelona, Cairo, Casablanca, and Malta, Mediterrania Capital Partners takes an intensely proactive, hands-on approach to implementing its growth strategy by leading the governance of the companies and driving the key internal value creation process.