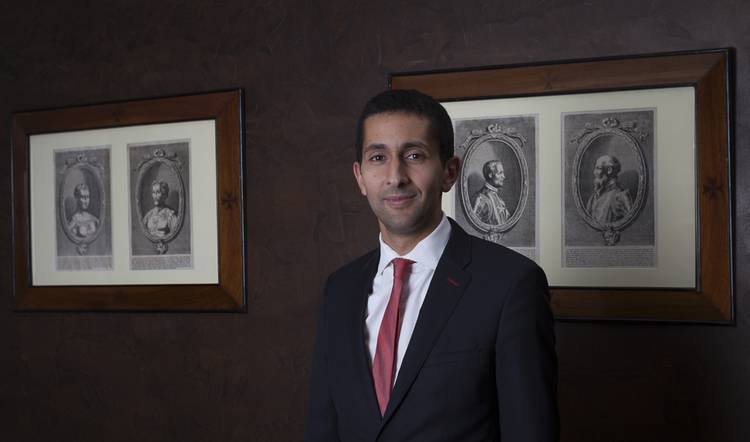 Morocco: A safe haven of PE in North Africa

After the political and economic turmoil of recent years, Morocco has emerged as a safe haven for PE investments, attracting capital from abroad through its political stability and favourable business environment. During the 2012-2017 period, 56 transactions were closed, representing 42% of North African transactions (Morocco accounts for 20% of the total population in North Africa), amounting to nearly $900m.

After the political and economic turmoil of recent years, Morocco has emerged as a safe haven for PE investments, attracting capital from abroad through its political stability and favourable business environment. During the 2012-2017 period, 56 transactions were closed, representing 42% of North African transactions (Morocco accounts for 20% of the total population in North Africa), amounting to nearly $900m.

There are many underlying factors that could explain PE interest for Morocco:

- A stable political system that introduced the right reforms during the Arab spring turmoil;

- Stable currency against the USD and the EUR

- Leading position in the North African region for the ease of doing business (2018 World Bank Report);

- Heavy investments in infrastructure: Morocco boasts the second longest highway network in Africa (after South Africa), the only high-speed train in the continent, the Tangiers port ranked with a 9 million container capacity, etc.;

- 42% of the population in Morocco is less than 24 years old. Together with a growing urbanisation rate (62% in 2017), this is driving increasing demand for education, healthcare and fast-moving consumer goods (FMCG).

On the other hand, 2018 has been hosting several important reforms that should boost PE investments even more in the near future:

-With the support of the government, two Venture Capital funds were launched to finance innovative start-ups. This is the first time that such an initiative has been taken and it should help develop the entire VC ecosystem in Morocco and innovation in general;

- A historical decision of the Central Bank to move towards a more flexible foreign exchange regime with the ultimate goal to freely float the Moroccan currency should allow so that Morocco can improve its capacity to absorb unpredictable events affecting the economy and strengthen the competitiveness of the country;

- The launch of the new Peugeot factory in 2018, supplementing the Renault factory already producing 400,000 cars per year, should help Morocco position itself as a key automotive player on the continent and boost the development of the entire automotive industry suppliers’ ecosystem, generating many investment opportunities.

Over the past ten years, we saw the start of a very important and positive dynamic that has been pushing the Moroccan economy forward. This trend is now accelerating. We are referring to the expansion of many Moroccan companies into Sub-Saharan Africa, with a focus on West and Central Africa. This movement started with the largest Moroccan banks and quickly expanded into other industries. Today, Morocco is the largest foreign country investing in West Africa in financial terms.

In parallel with this movement, many international corporations have started to establish their francophone African hubs in Casablanca, benefiting from access to a pool of talents attracted to working in Casablanca and a strong airline connectivity with most African capitals, Europe and the main cities in the USA (Casablanca-Paris is a 2½-hour flight; Casablanca-Lagos, a 4-hour flight).

This dynamic, which began a few years ago in Morocco, is today a crucial catalyst for PE investors looking for growth stories and internationalisation.

Transport and logistics is a fast-growing sector in Morocco, driven by the major development around the Tangiers Med port and investments in the automotive sector. Many private players are heavily investing in trucking businesses, freight forwarding, warehousing services, etc. These private players are looking to fund their investment and private equity firms could bring a lot of value to them. 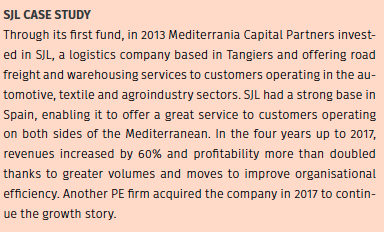 Education is another sector to closely monitor in the years to come, whether in higher education or in K-12 schools. The growing Moroccan middle class is increasingly looking for an affordable and high-quality education for their children. Private school promoters are heavily investing in top-notch facilities and education programmes with high-quality faculties, thereby generating deal flow opportunities for private equity firms. 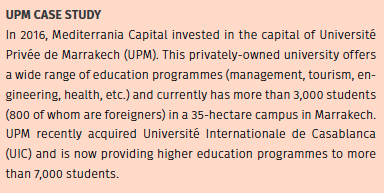 Finally, financial services will play an important role in the coming years. As the banking and insurance sectors are highly concentrated and do not leave many opportunities for PE investments, there are very interesting opportunities in the payment area. Along those lines, the Central Bank of Morocco recently issued a new law allowing non-banking players to enter the payment sector. This nascent industry will require technology investments and point-of-sales deployment (in order to cope with the cash-oriented culture in Morocco) and is already offering very attractive opportunities for PE investors.

At the same time, Morocco can benefit from strong PE activity

Private Equity investment has a proven global track record as a driver of social and economic change. In Morocco, Private Equity investee companies boast a higher growth rate, higher job creation rate and higher paid taxes than their peers, thereby contributing to the community and the country. Private Equity will play a crucial role in helping the country to overcome its remaining challenges (mainly youth unemployment and, more generally, improving its human capital).

All in all, Morocco has everything in place to confirm its position as the most attractive country for PE investments in North Africa and probably on the entire African continent.