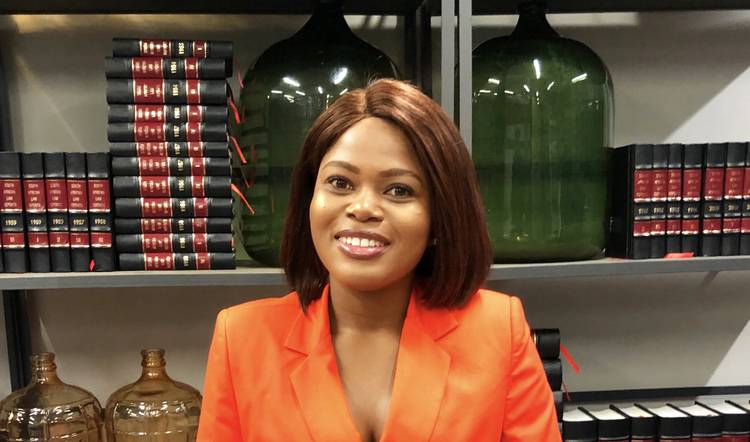 After a strong growth in 2017 and early 2018, the global economy is losing momentum and expected to slow down from 3.6% in 2018 to 3.3% in 2019 before returning to 3.6% in 2020. This slowdown is attributable to a confluence of factors affecting major economies. The factors weighing down on growth prospects include, the elevated trade tensions between the United States and China, the natural disasters in Japan, the introduction of automobile fuel emissions standards in Germany, the tariff increases enacted in the United States and China earlier this year, the sovereign and financial risks in Italy, the weakening financial market sentiment as well as the deeper-than-envisaged contraction in Turkey.

After a strong growth in 2017 and early 2018, the global economy is losing momentum and expected to slow down from 3.6% in 2018 to 3.3% in 2019 before returning to 3.6% in 2020. This slowdown is attributable to a confluence of factors affecting major economies. The factors weighing down on growth prospects include, the elevated trade tensions between the United States and China, the natural disasters in Japan, the introduction of automobile fuel emissions standards in Germany, the tariff increases enacted in the United States and China earlier this year, the sovereign and financial risks in Italy, the weakening financial market sentiment as well as the deeper-than-envisaged contraction in Turkey.

In spite of the challenges affecting major economies, economic recovery in Sub-Saharan Africa is set to continue. In particular, the Ghanaian economy is expected to grow at 8.8% in 2019, thus doubling the pace of emerging economies and outstripping the growth of advanced economies. Ghana's economic growth and development have been heightened by the growing population, the emerging middle-class, increasing urbanization, the achievement of significant macroeconomic gains over recent years—with single digit inflation, strong exports of cocoa, gold and oil, higher reserve and capital requirements, fiscal consolidation and the banking sector "clean-up". As a matter of fact, the World Bank Group's latest Doing Business Report regards Ghana as the most attractive and conducive investment destination in the West African sub-region, due to the relative political stability and improved macroeconomic conditions, over the last two decades.

Whilst Ghana's economic growth declined to a mere 1.6% in 2015 due to a combination of declining commodity prices, energy rationing and a fiscal crisis in 2013—the increased oil production, the commencement of production in the Sankofa-Gye Nyame oil field, the recent discovery of oil in commercial quantities off Sekondi-Takoradi and macroprudential policies, are expected to propel Ghana's overall real gross domestic product (GDP). The new GDP series also present major adjustments in the agriculture, industry and services sectors. In fact, Ghana's 2019 half-year fiscal performance was primarily driven by the industry sector—especially oil, gas and mining.

Ghana is endowed with an enviable amount of minerals, including, gold, bauxite, diamond and manganese. The country's largest mineral deposits, particularly gold, are found in the Western, Ashanti, Central, Brong-Ahafo and Eastern regions. As the second-largest gold producer in Africa, Ghana's mining industry accounts for 5% of its GDP and 48.7% of the total exports. Thus mining is a major contributor to the country's economic growth. Although gold production was expected to increase in 2018 after a 54% in output from 2015 to 2016, total gold output was 4.1 million ounces attributable mainly to artisanal miners.

Ghana's heavy reliance on primary commodities, including cocoa, gold and oil - which are all prone to the volatility of international commodity prices - create uncertainty about its actual future paths for growth, inflation, export receipts and domestic revenues. In an attempt to improve the economy's competitiveness for the private sector-led investments in non-natural resource sectors, the government has introduced a number of agriculture and industry related policy initiatives that are expected to drive economic growth. In particular, agriculture is the leading sectors for the diversification of the Ghanaian economy and has a very large multiplier effect on employment— creating over 750 jobs for every additional $1m of output. Its contribution to the GDP over the past three years has ranged from 19.1% in 2016 to 19.7% in 2017 and 19.2% in the third quarter of 2018. In spite of the marginal decline in its share of Ghana's GDP, the agriculture sector is estimated to employ approximately 46.6 % of Ghana's labour force, most of whom are land owners engaged in subsistence farming.

Although Ghana has an expense of arable land with relatively favourable climate conditions, the country is still a net importer of food. In 2014, Ghana imported more than $1.6bn worth of agricultural products comprising $329m of rice, $155m of poultry meat and $123m of wheat. Evidently, the agriculture sector requires massive investments in terms of time and other resources to enable it to reach its full potential. To this end, successive governments have instituted a series of programmes, policies and initiatives in order to maximise the full potential of the sector. Key examples of the programmes and initiatives aimed at achieving market-driven growth of the agriculture sector include the Food and Agriculture Sector Development Policy, the Planting for Food and Jobs Programme and the Akufo-Addo Programme for Economic Transformation.

Furthermore, Ghana offers a very open economy with few areas closed off to foreign participation. Restricted segments are typically aimed at ensuring employment opportunities for Ghanaians at the lower end of the income scale, rather than protecting large-scale industries from foreign competition.

Ghana has been making intensive efforts to attract foreign investment since the introduction of the Structural Adjustment Programme in 1984 and more recently, through the Ghana Investment Promotion Centre Act 865 of 2013 (GIPCA). Under the GIPCA, various incentives are available to encourage strategic and major investments in the country, particularly in the areas of agriculture, manufacturing, construction, mining and tourism. Incentives generally include exemption from customs import duties on plant and machinery, favourable investment and capital allowances on plant and machinery, guarantees against expropriation by the government, guaranteed free transfer of dividends or net profits. In addition, companies that operate in sectors other than mining, petroleum or timber can obtain a license from the Ghana Free Zones Board (GFZB), to operate as a free zone entity. Registration with the GFZB enables companies to enjoy a tax holiday for a period of ten years and thereafter, such companies will be required to pay corporate tax not exceeding 25% on local sales and 15% with respect to exports. To qualify for this, a company needs to export at least 70% of its annual production of goods and services.

Although the country is experiencing rapid growth, Ghana is running a large fiscal deficit and a large balance of payments deficit. In spite of the growing revenues from the oil and gas sector, the fiscal deficit surged to 3.7% of the GDP at the end of March 2019 and public debt level inflated to 59.6% of the GDP, over the same period. This is largely due to the high capital imports for the development of infrastructure and the petroleum sector, on the one hand, and the government's increased spending on public sector wages and subsidies, on the other. As such, Ghana's economic prospects over the medium term lie in its ability to regain and sustain its economic stabilization program. In an attempt to strike a balance between addressing development needs and containing public debt levels, Ghana has used favourable global financing conditions to improve the maturity structure of debt by replacing short-term debt with longer-term debt, thus reducing rollover risk. In addition to steep fiscal consolidation (as evidenced in the half-year fiscal performance), there is a need to invest Ghana's current natural resource wealth in non-natural resource sectors to ease the effects of the anticipated decline in oil production and achieve sustainable growth in the medium-to-long term.