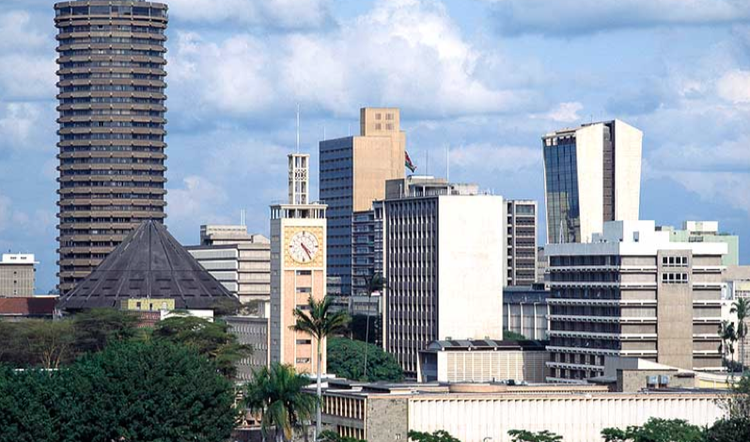 The “Belt and Road Initiative” is a future-oriented initiative that will bring many benefits to global economic development and people. Chinese Ambassador to Kenya Wu Peng recently said that the cooperation between China and Kenya has deepened political trust, expanded economic and trade cooperation, and promoted the continuous development of the cooperative partnership.

The “Belt and Road Initiative” is a future-oriented initiative that will bring many benefits to global economic development and people. Chinese Ambassador to Kenya Wu Peng recently said that the cooperation between China and Kenya has deepened political trust, expanded economic and trade cooperation, and promoted the continuous development of the cooperative partnership.

Opportunities for cooperation between China and Kenya

Kenya is located in eastern Africa, and it is one of the countries with good economic foundation in sub-Saharan Africa. Foreign trade plays an important role in Kenya’s economy. Asia is the largest import source of Kenya, and China occupies the biggest market. Kenya is a market with great potential. In 2008, the Kenyan government launched the “Vision 2030”, and gave priority to tourism, agriculture, manufacturing, wholesale and retail, business process outsourcing (BPO), financial services, and other key industries, We will strive to achieve an average annual economic growth rate of 10%. By 2030, we will develop Kenya into a newly industrialized middle-income country with global competitiveness, high quality of life, beautiful environment and social stability. which brings unlimited opportunities for cooperation between China and Kenya.

China attaches great importance to developing relations with Kenya. The high-level exchange of visits between the two countries has yielded fruitful results. Especially in May 2017, China invited President Kenyatta to attend the "Belt and Road Initiative" International Cooperation Summit Forum, President Xi Jinping and President Kenyatta jointly decided to promote China-Kenya relations to a comprehensive strategic partnership, which means that China-Kenovo cooperation will have new development opportunities. The China-Africa Cooperation Forum held in Beijing in September 2018 also laid a new opportunity for China-Kenya cooperation and helped the friendly development of China-Kenya relations.

The establishment of diplomatic relations

China-Kenya established diplomatic relations on December 14th, 1963. In recent years, relations between the two countries have developed rapidly. In March 2018, Ipsos conducted a sample survey of 2003 ordinary people in Kenya. 34% of the respondents believed that Kenya-China relations are the most important bilateral relationship, ranking first for the first time. The United States, South Africa, and the United Kingdom ranked second, third and fourth with 26%, 5% and 4% respectively. According to the analysis of the polling institutions, the main reason for China's influence is China's great contribution to Kenya's economic construction and social development, especially China's outstanding achievements in infrastructure and aid to Africa.

Looking forward to the future, China and Kenya will work more closely to push the China-Kenya comprehensive strategic partnership to a new height. The long-term friendship will continue to benefit the two peoples.

China’s non-financial direct investment in Kenya had double growth in 2018, reaching about $520 million. There are currently more than 400 Chinese companies in Kenya, creating thousands of jobs for local communities. Since 2015, China has provided more than 67,000 training opportunities for Kenyans. The bilateral trade volume reached US$5.7 billion in 2016, and China’s investment in Kenya continues to grow. Currently, more than 2,400 Kenyan students are studying in China. In 2018, more than 81,000 Chinese tourists traveled to Kenya for leisure and adventure.

Mombasa–Nairobi Standard Gauge Railway witnessed the friendly relations between China and Kenya. With the steady advancement of the “Belt and Road Initiative” in Africa, a large number of major and medium-sized cooperation projects have been implemented. The important early harvest of the “Belt and Road Initiative” – the Mombasa-Nairobi Standard Gauge Railway (SGR) was successfully launched. It is the best example of good relations between China and Kenya. President Xi Jinping, State Councilor Wang Yong, and President Kenyatta attended the launching ceremony. The SGR has played an important role in promoting the development of Kenya and East Africa. It has become a milestone for China-Kenya friendly cooperation.

With the full support of the Chinese and Kenyan governments, the management team, engineers technicians, and workers made joint and concerted efforts and successfully completed the largest infrastructure project in Kenyan history within just two and a half years. The construction of the SGR and related facilities is the same as the local railways in China. According to the standard system that China has led to building, from tunnels to bridges, lines to stations, vehicles to systems, all of them are made and designed in China. Road equipment is also provided by China, such as the mobile stone crushing station and production line are provided by HXJQ manufacturer. The operation of the SGR is another success that impressed the people of not just Kenya and China but also the rest of the world.

In May 2017, the SGR was completed and launched in advance. It effectively promoted Kenyan economic, social development, employment and technology transfer, and benefited the Kenyan. China's image in Kenya continued to improve. The construction of the SGR not only shortened the journey of Nairobi-Mambasa from 10 hours to 5 hours, but also boosted the Kenyan economy by 1.5% and created 46,000 job opportunities for local residents. Since its launch in May 2017, the average booking rate for SGR has reached 99%, the number of SGR passengers has exceeded 2.77 million, and the shipments have been approximately 4.2 million tons.

In recent years, the development of China-Kenya bilateral relations has achieved remarkable results, which added new vitality to traditional friendship. China has been Kenya's largest trading partner, engineering contractor and source of investment for many years. At present, China and Kenya are discussing the construction of the Mombasa Special Economic Zone and the Naivasha Industrial Park. The cooperation between China and Kenya is an irresistible trend for both parties. The “Belt and Road Initiative” will continue to promote the harmonious development of China and Africa's economy and society.