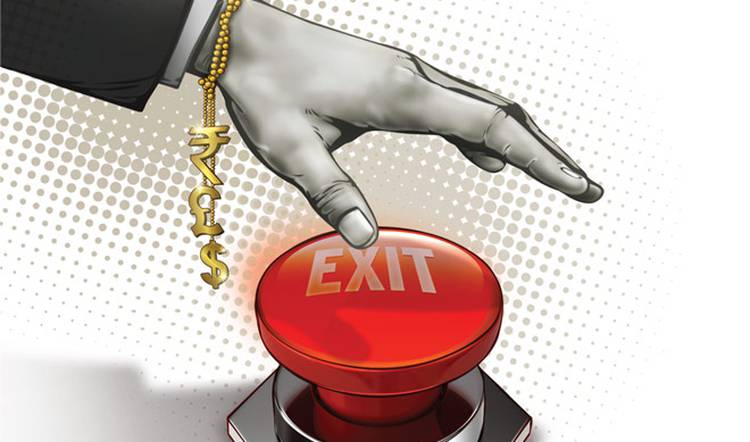 The exit environment for African private equity is much more robust and active than many realise. There is an active market both for selling and buying of assets and interests, according to Paul Boynton, CEO of Old Mutual Alternative Investments. “There are a growing number of exit routes across different sectors and countries, not just in the more mature South African market, he says.

The exit environment for African private equity is much more robust and active than many realise. There is an active market both for selling and buying of assets and interests, according to Paul Boynton, CEO of Old Mutual Alternative Investments. “There are a growing number of exit routes across different sectors and countries, not just in the more mature South African market, he says.

Meanwhile, Anthonie de Beer, Managing Partner, Large Buyouts, Ethos, does not thinks that 2018 was “a great exit year for private equity in Africa, or emerging markets in general as a number of processes were pulled, and a number of potential emerging market IPOs were not progressed”. “A lack of earnings visibility, plus the contraction of buyer’s universe, meant 2018 wasn’t exciting for exits,” he adds.

From a South African perspective, the economic environment was quite tough in 2018, but “there were still a number of good exits”, says Graham Stokoe, Executive Director, Transaction Advisory Services, Africa Private Equity Leader, EY. He says there was a challenging environment for exits because of political uncertainty and the dip into economic recession, but also because multinational investors were taking a latency approach on South Africa early last year and in 2017/2016. “I think we have had a less interest from Europe, the UK and the US over the last three to four years. However, from c Q3/Q4 last year, we started seeing more interest in SA companies, which bodes well for PE exits in 2019 / 20,” says Stokoe.

In terms of sectors, industrial businesses continue to be a large part of exits in South Africa. “We have also seen interest in the fintech and wider financial services (payments, credit scoring, etc) space. The exit activity was mostly in the $10m-$100m space. There were also some deals in the $100m-$500m, but not many deals over $500m,” he adds.

With the IPO market being lacklustre and PE players showing caution, only trade or strategic players provided viable exit routes, says de Beer. According to Stokoe, there have been more exits through auction processes, although there does seem to have been more failed auctions/exits in last circa two years. There was also a big increase in private equity selling to other private equity/financial buyers.

Luc Albinski, Managing Partner of Vantage Mezzanine, adds: “We have seen a significant number of secondary deals. This should worry investors as it suggests that players may be struggling to find large, well-run companies that are owned by entrepreneurs with whom they can engage with and are instead raiding the cupboards of existing private equity portfolios in a search for the next deal.”

In 2018, Vantage exited its New GX investment, earning a 38% IRR over a two year period. “All our investments are self-liquidating and in the main are exited through a senior debt refinancing. We can leave the challenges of finding a buyer for the business and negotiating an acceptable exit formula with management to our more talented private equity colleagues,” adds Albinski.

Even more detailed preparation is recommended to achieve more successful exits. Stokoe says: “To prepare well for exit you have to do a lot of detailed preparation - robust equity story, buyers universe tested and if possible expanded, potential acquirers getting to know the business, meeting the management team and learning what they value in the business. To achieve a successful exit, we recommend that a detailed exit plan is prepared approximately two years before the actual exit.”

De Beer confirms: “Proper preparation means that you need to be engaging with the buyer universe two to three years in advance of a planned exit.” He adds: “At Ethos we follow the credo of: “Proper Preparation Prevents Poor Performance”. These ‘5Ps’ define the ingredients of a successful exit. To meet return expectations, you need to prepare extremely well and be consciously planning for exit even prior to your original investment.”

Although there are elections in South Africa this year, which often result in a pause of exits, Stokoe is expecting to see more exits out of South Africa in 2019. “I think it’s still challenging to exit but with the economy coming out of recession and more multinationals looking at SA, exits should increase. There are also a number of PE-owned companies that need to be exited to reduce some backlog that has been created,” he says.

“In 2019 and beyond, there will be a growing opportunity to exit through public listings on local markets. African exchanges continue to struggle with liquidity but some of the larger bourses do offer exit options for PE investors, including Johannesburg, Nigeria and Nairobi. Even smaller exchanges like Tunis may offer a viable exit route for certain portfolio companies,” concludes Boynton.