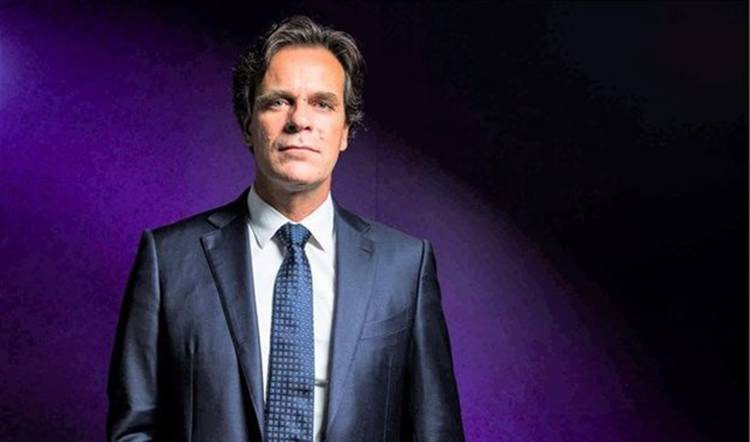 Can Africa overcome these three threats to its security and stability?

Our continent is hurtling towards an uncertain future that is being shaped by the forces of the Fourth Industrial Revolution. It's too early to tell how exactly the confluence of rapid change and exponential technological advances will play out. But this much is clear: change will be constant and widespread. The uncertainty this creates has the potential to lead to insecurity.

Our continent is hurtling towards an uncertain future that is being shaped by the forces of the Fourth Industrial Revolution. It's too early to tell how exactly the confluence of rapid change and exponential technological advances will play out. But this much is clear: change will be constant and widespread. The uncertainty this creates has the potential to lead to insecurity.

For our fast-growing and rapidly developing continent, this insecurity could have far-reaching implications. Africa is expected to contribute 54% of global population growth by 2050; by 2100, this figure could have increased to 82%, or 3.2 billion of the overall increase of 3.8 billion people. That many developed countries are seeing a decline in their populations - both current and projected - only highlights the unique nature of the challenge facing our continent.

This level of growth will also put immense pressure on the continent's natural resources. Africa is a resource-rich continent, but a prevailing lack of infrastructure means the utilisation of our natural resources is not always optimal.

Water management, food security, nutrition and infrastructure development will need revolutionary approaches if stability and security are to be maintained. In fact, security - in its various forms, from physical security to water and food security to cybersecurity - is likely to be one of the defining challenges in 21st century Africa.

I see three types of security that will be most instrumental in our collective ability to make Africa's growth story one of prosperity and inclusive development, namely: food security, water security, and cybersecurity.

Despite the immense progress made in combating hunger at a global level, recent evidence suggests that there has been a reversal. The United Nations Food and Agricultural Organisation (FAO) found that the number of undernourished people worldwide increased from 804-million to 821-million last year.

Of the nearly one billion people in sub-Saharan Africa, 230-million were undernourished in 2018 - an increase of 25 million since 2014. A third of all people in the region face severe food insecurity, lack the resources to grow or buy sustenance, and regularly go a day or more without eating.

This is a dire situation if you consider that 60% of all uncultivated arable land is found in Africa, and that the agriculture sector accounts for 60% of all jobs on the continent.

At play is a combination of climate instability - especially unreliable rain patterns and volatile temperatures - and a lack of technology and other resources that could increase crop productivity.

Africa relies on some 250 million smallholder farmers for the production of 80% of the food consumed on the continent. These farmers mostly lack access to information, best agricultural practices, farming inputs such as fertilisers and seeds, automation, and market opportunities.

By some estimates, we will need to double food production in the next 32 years to keep up with growing demand from a ballooning population. Some projects aimed at empowering smallholder farmers with better tools, techniques and opportunities to sell produce at competitive rates are bearing fruit.

However, governments and policy makers need to acknowledge that market access and technology are only parts of the solution. There is great urgency in developing effective responses to the impact of wide-spread climate change.

Water scarcity as the new normal

One of the most alarming effects of climate change is the pressure it is putting on global freshwater supplies. In Africa, Cape Town was on the brink of becoming the first major city to run out of water as Day Zero approached. Recent rainfall has brought much-needed relief, but it is unlikely that rainfall patterns will return to their former, predictable levels.

Water is also essential to food production. A legacy of underdeveloped water infrastructure means as much as 80% of all farmers and herders in Africa rely primarily on rainfall for their water needs. Even small changes in rainfall patterns can have a devastating effect on local farmers and put immense pressure on food security.

The Global Water Partnership estimates that there is a need for $50bn worth of investment in water infrastructure annually over the next decade if we are to safeguard the water supply for the continent's rapidly growing population. In fact, the WWF predicts that two-thirds of the world's population may face water shortages as soon as 2025.

Technology can play an important role in the effective management of scarce water resources. Cape Town has managed to reduce water consumption by 30% over the past 15 years despite the population growing by 30%. Using technology, the City of Cape Town can install, inspect, maintain and repair water and sanitation assets while having a real-time view over the health of critical water assets to improve water management.

But as more public and private sector assets become connected or digitised, the risks we face from cybercriminals increase dramatically.

While not as attractive a target as some of the wealthier nations, Africa is not immune to the pressures of an increasing volume of sophisticated cyberattacks on its people, its businesses and its critical infrastructure. The World Economic Forum even placed cybercrime as a top-three global threat this year.

The work of digitising industries and services over the past decade or so has helped the continent boost production and stimulate innovation. But it's also brought new risks. The lines of modern warfare are blurring, and the battlefield has shifted out of the physical realm into a digital one. The digitisation of critical assets has increased the risk of cyberattacks. Today, many countries face ongoing hostile attacks on their power supplies, industries and services from sophisticated state-sponsored actors.

While our continent lacks the broadband connectivity and internet penetration of its more developed peers, our rapid adoption of mobile phones has exposed us to immense risk. Recent data found that mobile malware attacks in Africa doubled in volume in 2018, targeting the 456 million mobile subscribers across the continent.

Consider our fondness for mobile money services: the GSMA estimated there were 122 million active mobile money accounts in Africa at the end of 2017, accounting for nearly half of all global mobile money subscribers. Targeting mobile phone users who lack in-depth knowledge of common cyberattack methods may prove devastating to those who can least afford it.

Here, digital literacy can play an important role. Having an informed, digitally-literate citizenry eases the pressure on government to protect them against every emerging cyber threat and ultimately leads to more resilient online communities.

The threats to security we currently face in Africa demand a strong, effective response at a policy and implementation level. The public and private sectors have important roles to play: the public sector in prioritising the correct measures and enabling policies; and the private sector in providing innovative solutions to some of our greatest risks.

There's no reason why we can't rise to the challenge. And in the spirit of the UN's Sustainable Development Goals, the role of partnerships (Goal #17) may be instrumental in how the continent responds to - and overcomes - these threats.